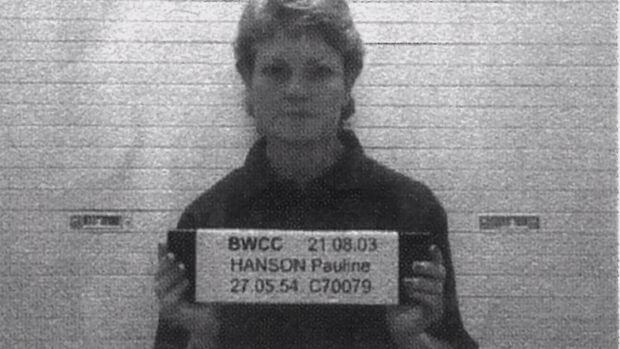 A woman has been arrested for sneaking on to private property and crossing out the word ‘Asian’ on One Nation banners from the 1998 Election campaign, and replacing it with the word ‘Muslim’.

Unluckily for the woman – Pauline Hanson from Ipswich, Queensland – police were in the area after reports of a “crazy old lady” in the area.

The owner of the banners will not be pressing charges, instead choosing to lay the blame on the next influx of immigrants to Australia. This isn’t the first time Hanson has been caught altering her own material from previous elections.

After her recent appearance on A Current Affair, Hanson accidentally left behind some notes along with some responses she had prepared for typical questions.

One Channel 9 insider quickly realised that her notes were from her 1998 campaign. The only minor differences is that the word ‘Asian’ had been pencilled out and replaced with ‘Muslim’ or ‘Halal’ while all statistics from 1998 had been crossed out, and replaced with ‘make something up on the spot’.

According to the insider her prepared responses for questions were completely the same. If asked about racism Hanson had prepared the following notes, “Stutter a bit. Stutter some more. Mention Australian culture. Say One Nation. Turn to Sam Dastyari and awkwardly shake his hand.”

Following her release from Ipswich local police station Hanson was questioned why she has chosen to go after a different minority group during the recent election. Hanson replied, “Are you a Muslim?”