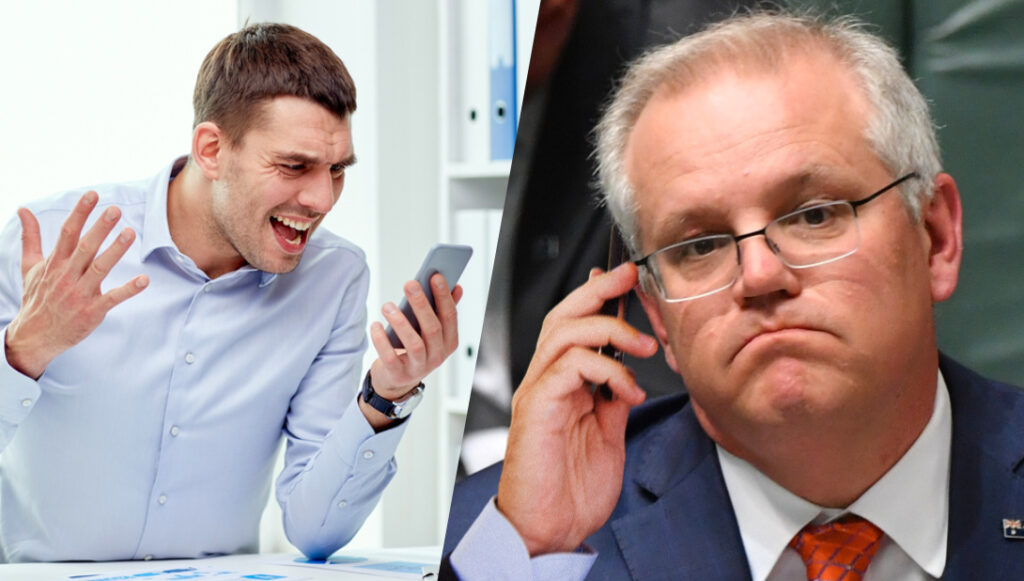 Scott Morrison’s empathy consultant has today been rushed to hospital following an aneurism brought on by attempting to explain basic sympathy to the Prime Minister. “No! NO! FOR THE LAST TIME YOU DO NOT SHOW EMPATHY BY LOCKING UP A SICK CHILD ON AN ISLAND,” the consultant was heard shouting down the phone earlier today. “NO I DON’T CARE WHAT DUTTON TOLD YOU, CHILDREN DO NOT LIKE BEING TORTURED.”

The development comes as three-year old refugee Tharnicaa was hospitalised with a potentially life threatening illness, after days of government officials refusing to let her go to the hospital, offering only Panadol instead. A spokesperson for Panadol has come out and clarified that their medicine should not be used in life threatening situations, and that paracetamol is no substitute for medical care or basic fucking human compassion.

“How in God’s name do I need to explain this to you?” yelled the empathy consultant in a meeting with the Morrison Government. “Help sick refugee children you fuckwits! God, this is like day one material. Why am I even still here? I can’t take it with you lot anymore! I quit. You can keep the desk.”