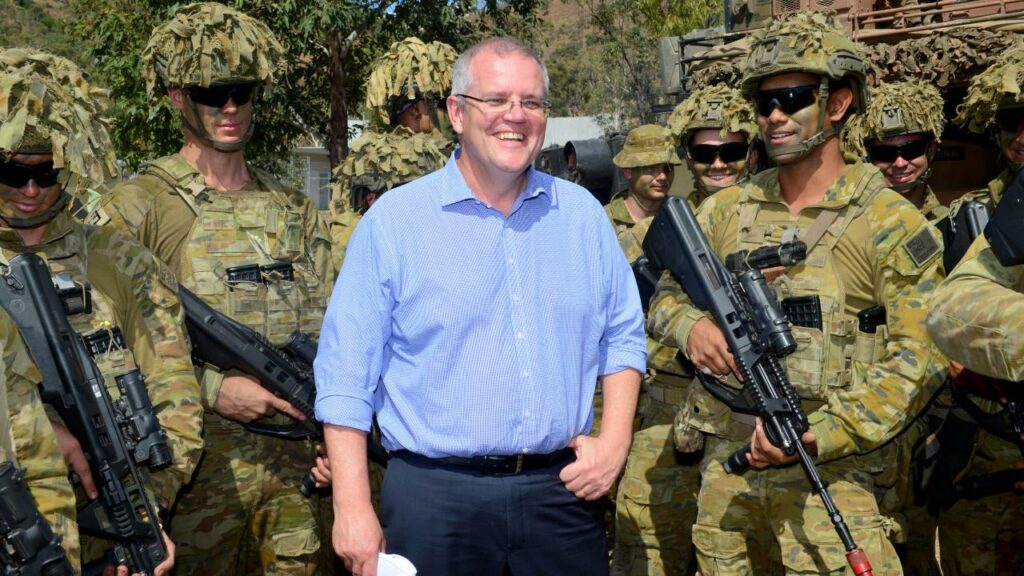 A proud moment for Australia today as Prime Minister Scott Morrison celebrated the sign of a truly democratic nation: not immediately blasting all protestors to smithereens.

In a speech delivered bravely inside the House of Representatives today – far away from the actual protests – Morrison highlighted how when he used his Prime-Ministerial wisdom to make a fair decision on how to approach the protestors.

“I started to think about how other world leaders have dealt with protestors before,” said a reflective Scott Morrison, “and I remembered how in Tiananmen Square in 1989 the government in power did nothing and the protestors all just disappeared! And boy did that help.”

The Prime Minister finalised his address by reflecting on the other democratic success that Australia can make claim to like letting women go outside, letting women speak, and letting women do the ironing.