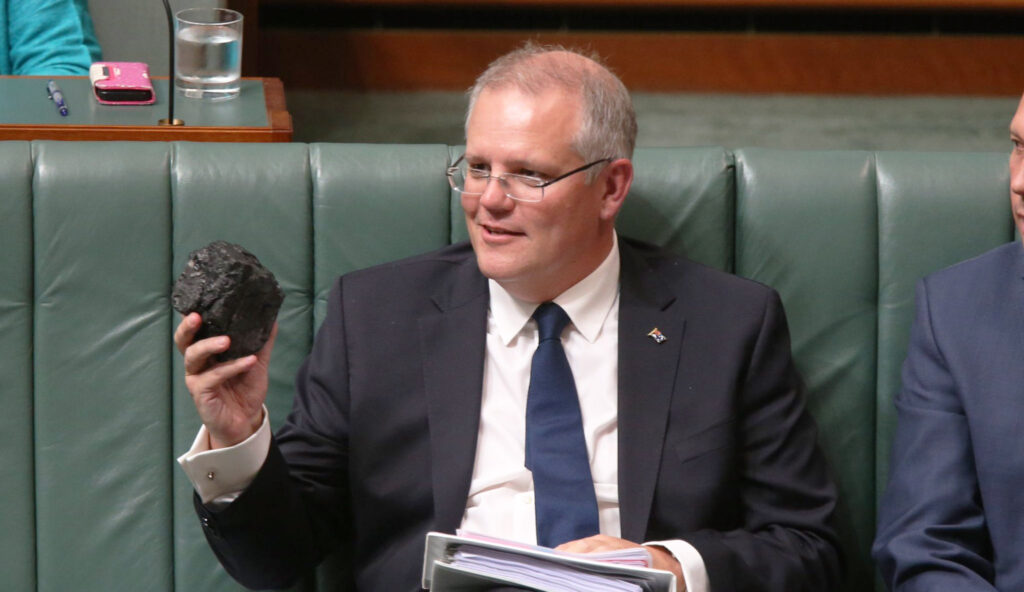 Prime Minister of Australia and only person to ever bring a lump of coal into the Australian parliament Scott Morrison has today declared that his government has “always” acknowledged the link between “the broader issues of climate change and what they mean for the world’s weather and the dryness of conditions in many places”.

“Don’t you guys remember?” asked the Prime Minister whose government was just blamed for intentionally derailing the United Nations climate summit last month. “What on earth made you think we didn’t believe in climate change?”

However some members of the public are sceptical that the government, which famously campaigned on removing the carbon tax designed specifically to reduce carbon emissions, actually believes in the threat that scientists say climate change is posing. “You know there was just something about the way the Deputy PM described belief in climate change as a ‘raving inner-city lunatic’ idea that made me suspect he might not believe in it,” explained one mother of three sheltering in a local Scout Hall, “I don’t want to pre-judge anyone, but thinking back on that video of two Liberal Prime Ministers having a laugh about the pacific islands going under water had me wondering if maybe they think this is a joke.”

The Liberal party has hit back at these claims, stating that statements made by the party were simply being misinterpreted, like the one about the ‘climate cult’ by Tony Abbott last week, or when MP Craig Kelly said there was no link between climate change and the fires today, or the time Scott Morrison said he would change the law to ban climate protests. “Just because we rolled Malcolm Turnbull twice after he tried to get the party to address climate change doesn’t mean that we don’t believe in climate change!” exclaimed shocked members of the party’s right wing. “No, no, no. It’s not that we don’t believe in it, it’s just that we don’t want to do anything because we’ll all be long dead by the time it becomes a problem, and someone else can deal with it. There’s a big difference.”

“After all, can you imagine the terrible effect it would have on our economy if we couldn’t collect all that tax money from our billionaire mining magnates? God, we’d be in real trouble then.” they continued. “Wait, what do you mean we scrapped the mining tax? Jesus, you mean we’ve been destroying the earth just so three billionaires can keep making profits while the rest of the country burns? Excellent. Everything’s going to plan.”