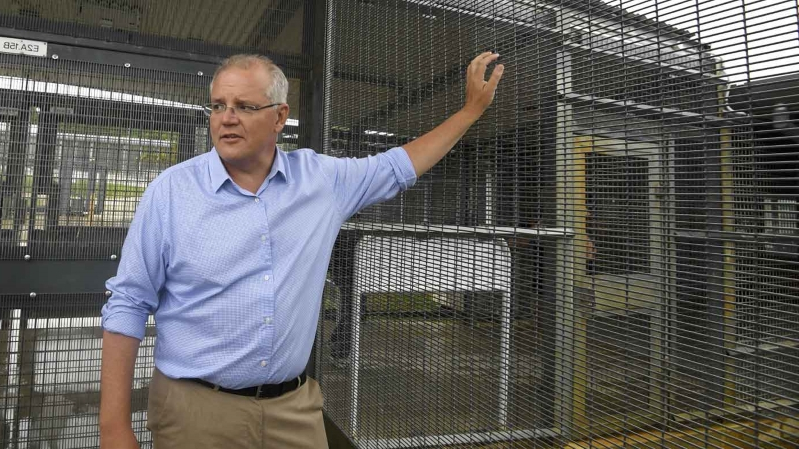 Prime Minister (correct as of time of publication) Scott Morrison has today hit back at claims that he had once suggested the Liberal Party run a scare campaign against Muslim immigration, stating that any and all such allegations were a lie.

“I never said anything of the sort,” said Morrison, stepping off a plane on Christmas Island, “I love Muslims and I love migrants. Now if you’ll all look to the left you’ll see the new state of the art cages we’ve built to house those evil muslim migrants who are trying to break into our country.”

Asked how he could seriously claim not to have attempted to score political points off immigration while an “I stopped these” boat trophy sits proudly on show in his office, Mr Morrison accused the trophy of defamation, and threatened to sue it.

“The fact is I love migrants,” explained Morrison. “Whether they be from England, Scotland, Ireland or even Wales, our government will never discriminate when it comes to which British migrants we allow into our country.”

“All these claims that I am somehow using dog whistle tactics to win votes are just vicious media slurs, which I won’t be wasting any more time on. Instead from now on I’ll only be talking about the things that really matter to everyday Aussies: creating jobs, lowering taxes, and ridding Melbourne of criminal African gangs.”

Follow us on Facebook for more breaking news:
If you enjoyed this article, consider becoming a contributor to the Chaser Beer Fund. For just $1 a month you can help us employ 20 more interns. DONATE NOW