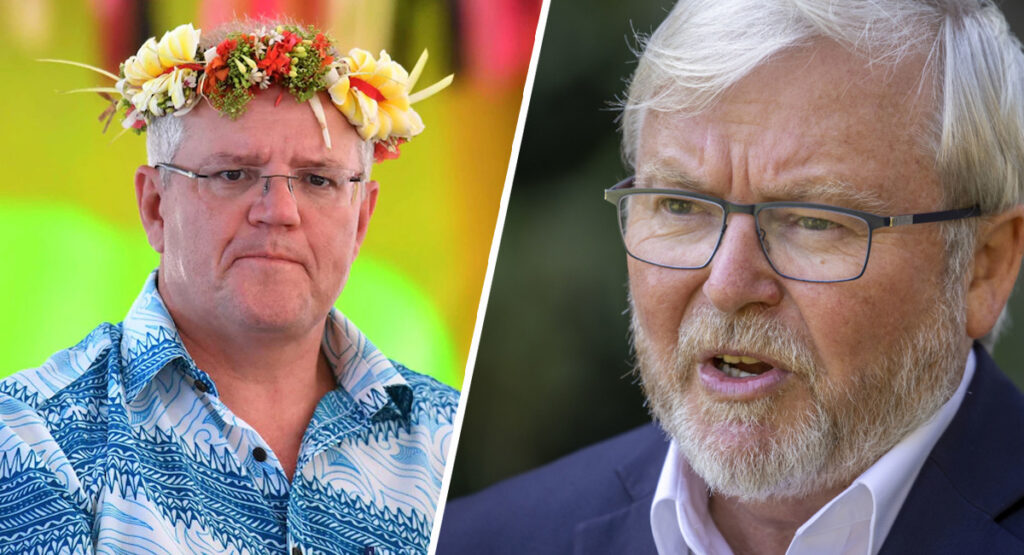 Local Member for Honolulu Scott Morrison has slammed former prime minister Kevin Rudd today, over assertions that Rudd did Morrison’s job for him by meeting with Pfizer executives. Responding to the news, Mr Morrison told to the press that if Rudd was truly doing his job for him, Rudd would already be in Hawaii by now.

“I take offense to the notion that Rudd is doing a better job sucking up to billionaires than I am,” said the PM while pretending to DIY a wall around Sydney. “The idea that he’s somehow better mates with a corporate CEO than I am is absurd, as is the idea that he knows what we need in the negotiations. I mean did he even ask Jenny if we needed to stop coronavirus before acting?”

“Besides we all know what Rudd’s like,” continued Morrison .”If Rudd was in charge during a crisis, knowing him he would probably just do a silly photo op playing handball or something, what a narcissist he is. Anyway I have to go, I’ve got a photo-opp building a chicken coup in half an hour. Toodles.”