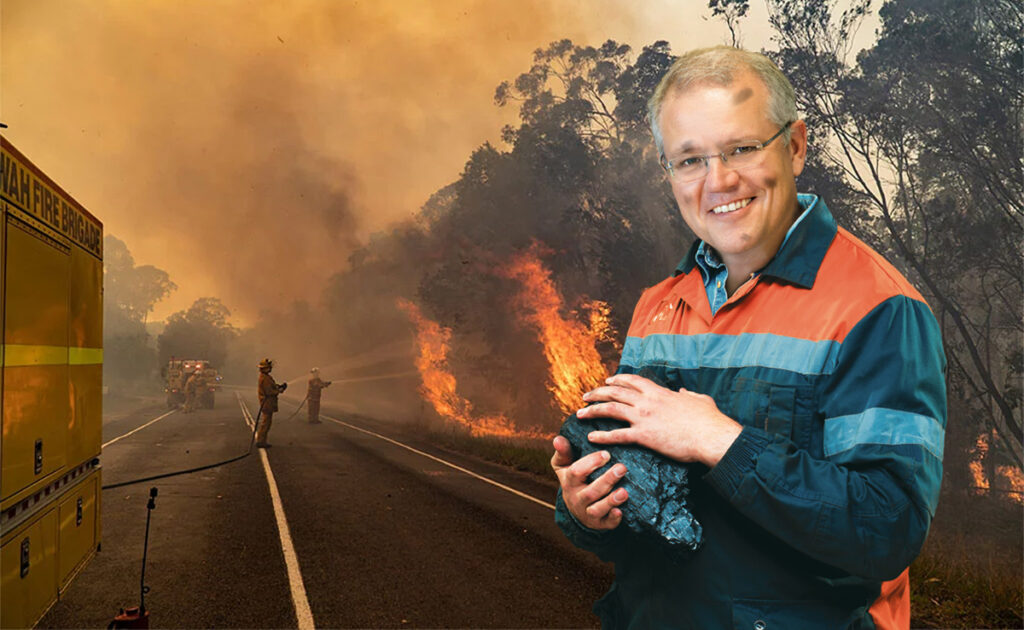 Australians across the nation have breathed a sigh of relief today, following the release of heartwarming footage showing Prime Minister Scott Morrison brave a bushfire in order to rescue a chunk of coal that was mere seconds away from being enveloped in flames.

“You know, it was dangerous but in a moment like that you don’t really think about your own safety,” said a soot covered Scott as he wiped the coal down with a towel. “When I saw the little fella just sitting out there in the bush like that I couldn’t just stand by and watch him needlessly burn.”

Asked what he plans to do with the coal, Scott said that while he had grown attached to the lump of carbonised fossil, he knew the right thing to do was to hand it over to the experts for treatment. “The good folks over at BHP will take it from here,” explained Scott. “They’ll make sure that poor old chunk of coal is nursed back to health, before setting it free back into the atmosphere where it belongs.”