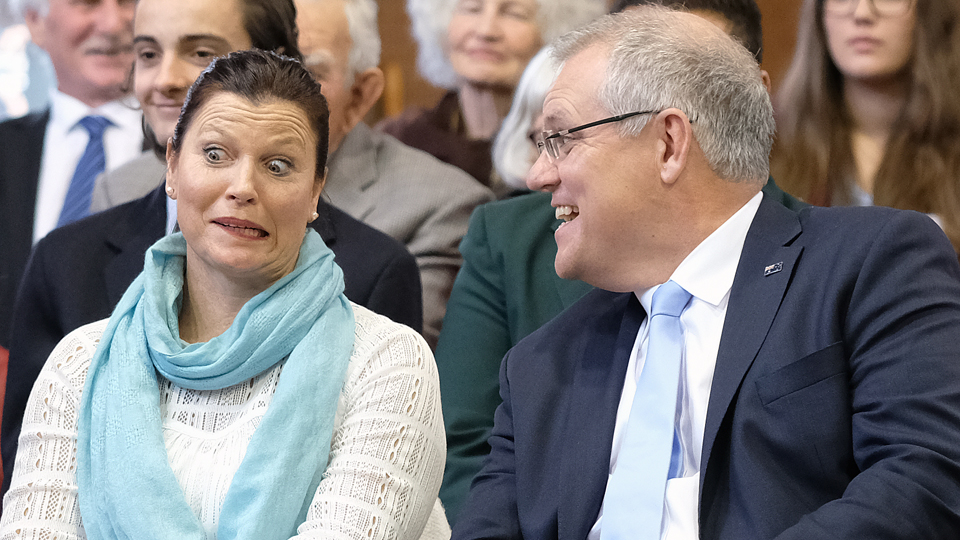 First Lady of Australia and person who has to occasionally remind the Prime Minister that rape isn’t good, Jenny Morrison, has today been promoted into cabinet after this week’s stunning success of convincing her husband not to support a rapist. Filling the new position of ‘Minister for Knowing Stuff You’d Think Would Be Obvious’, Jenny will be responsible for the unenviable task of trying to get government ministers to act like they feel emotions.

“Now if you look at this chart here, you’ll notice the diagram which says ‘don’t raught money for travel'” Jenny told the latest Liberal Party conference, followed by frantic scribbling from the crowd. “Also if someone’s been asked whether women face problems in the party, and I can’t ephasise this enough, don’t talk over a woman and demand to answer that question if you’re a man. Scott, make sure you’ve got that written down.”

Members of the party say that Jenny will be an invaluable asset in the lead up to the election, with hundreds already flooding her inbox asking for clarification on topics ranging from ‘can I cheat on my wife with a staffer in the Deputy Prime Minister’s office’, to ‘is it okay to sell all the government’s water holdings to a mysterious company in the Cayman Islands that may or may not be owned by my sister?’.