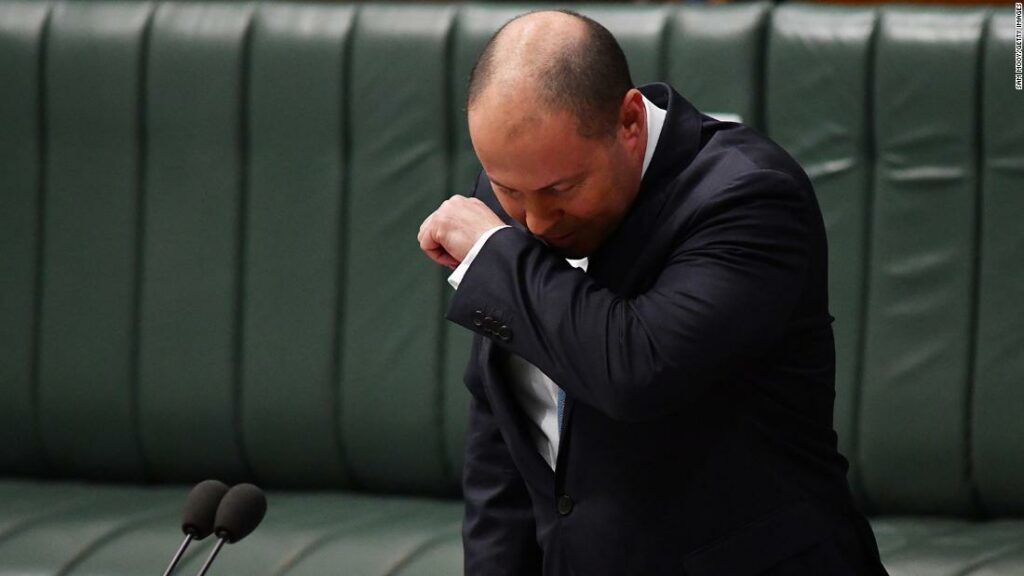 Treasurer Josh Frydenberg has tested negative to coronavirus, but says he will steer clear of the Prime Minister Scott Morrison for 14 days. “It’s not because I’m worried about the virus,” he told reporters. “It’s just a great opportunity to be able to avoid that smug, smirking happy-clapper for a couple of weeks.”

Mr Frydenberg suffered a coughing fit in parliament yesterday during a speech claiming the government had a comprehensive economic plan for after the pandemic. The treasurer later explained that he didn’t have COVID-19, it’s just that he was simply having trouble swallowing his own government’s bullshit.

Mr Frydenberg used his speech in parliament to tell businesses to start making details plans for a post-pandemic recovery. “What Australian businesses need is certainty,” he told parliament.

He said the one certainty he could give all Australian businesses is that his government would start tinkering with the schemes they’d been depending on, even before they’d been fully rolled out. “Think JobKeeper was already too complicated? Just wait until our partyroom has finished with it.”