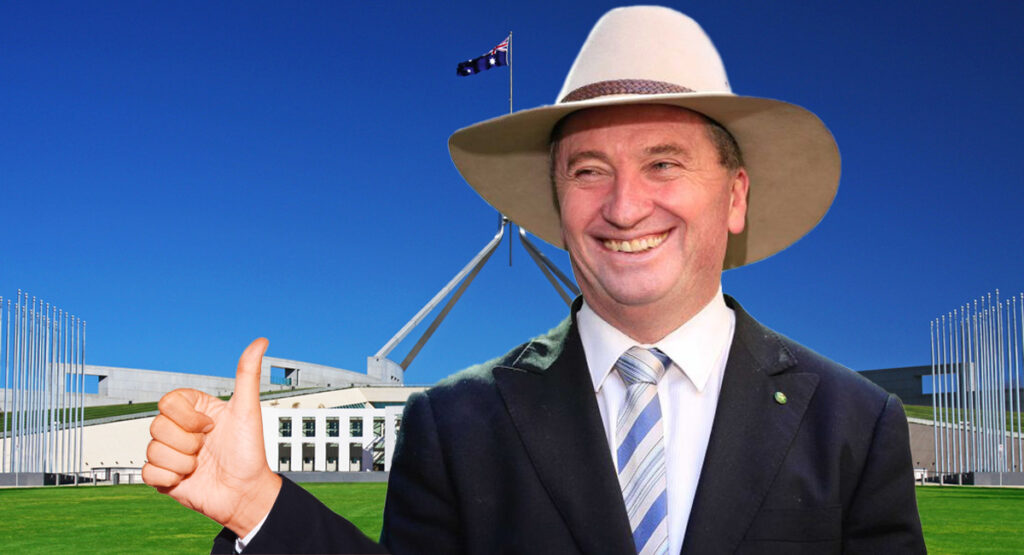 ‘Deputy’ Prime Minister Barnaby Joyce has announced he is excited to get to work as acting PM while Scott Morrison is in Glasgow. This shake up for Barnaby comes after two weeks of him acting as PM unofficially.

“It is the role of the Prime Minister to shape our climate policy,” said Joyce, “and I have been doing a bang up job over the last couple weeks. I have been calling all the shots and helped secure the future of the National Party. We will move forward with climate planning as quickly and effectively as we can, over my dead body!”

However climate change is not the only issue he is excited to lead the nation on as the former deputy PM who was removed from that position due to workplace sexual harassment, said that he is excited to take on the role at an extremely crucial time for Australian politics a senate hearing regarding the Women’s Summit and action regarding the treatment of women takes place.