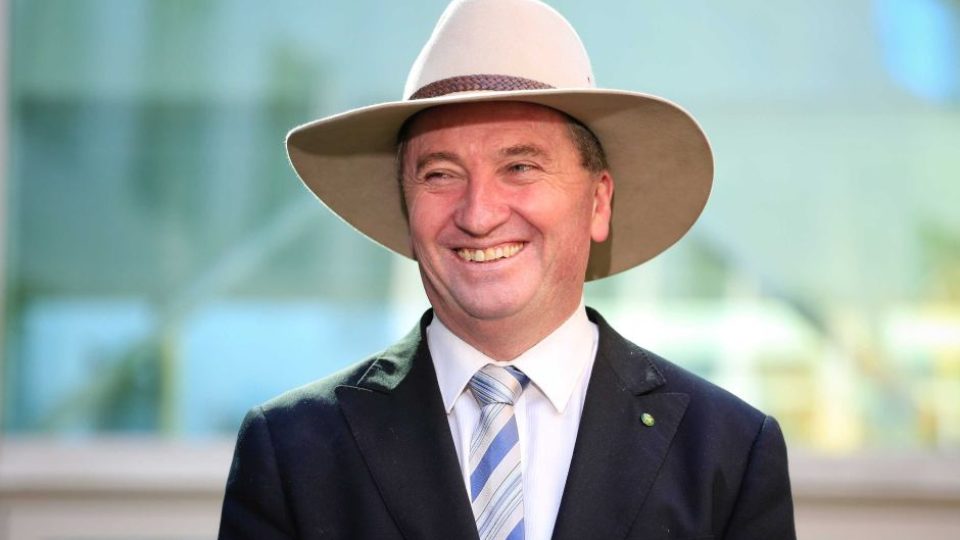 Barnaby Joyce has today been spotted in a local Tamworth newsagent, demanding to know why they don’t stock “To my impregnated friend who I subsequently developed feelings for” cards.

“Look it’s pretty simple mate,” Barnaby was heard yelling at staff. “We were long term friends in existing relationships who didn’t love each other but would occasionally have sex on my office desk. Then the day after she stopped working in my office I fell deeply in love with her so I divorced my wife, so I could be with the woman who I now loved who also happened to be three months pregnant with my love child. It’s pretty simple mate, as if you don’t have a card for that.”

Local residents say Joyce eventually settled on buying a blank Valentines card and a sharpie, penning his own romantic message to his pregnant partner. “To my long term sexual partner,” Barnaby was heard muttering under his breath, “who I until recently had no feelings for. I’ve loved you since the day you first stopped technically working for me. There, that should do it.”

Joyce and his partner were later seen out in town, hand in hand, spending the day romantically denying their long term relationship to anyone who asked. “Us? Oh no, we just met,” the couple laughed happily when asked by an old lady if the baby was due soon. “And the fact that we’re having a child together should not be misconstrued as indicative of the length or former nature of our relationship.”

Joyce also told interested onlookers that he has a full romantic evening planned out for the couple, today being their three week anniversary. “First I’ve organised a candle-lit dinner for us both, charged as a business lunch to the taxpayer of course,” explained Barnaby. “Then I’ve sprinkled a carpet of roses leading to my office for a steamy session of purely platonic, unromantic sex. And then we’ll cap off the night back at our all expenses paid loveshack, snuggled up on the sofa, drinking some red wine as we’re warmed by the charred burning remains of what’s left of my political career.”

“And then once she’s asleep I’ll slip out and go root some sheila I met at the pub. In a purely platonic way of course.”