National
Jubilation as parliament fails to deal with people being torn to pieces by crocodiles every three months in north Queensland
December 7, 2017 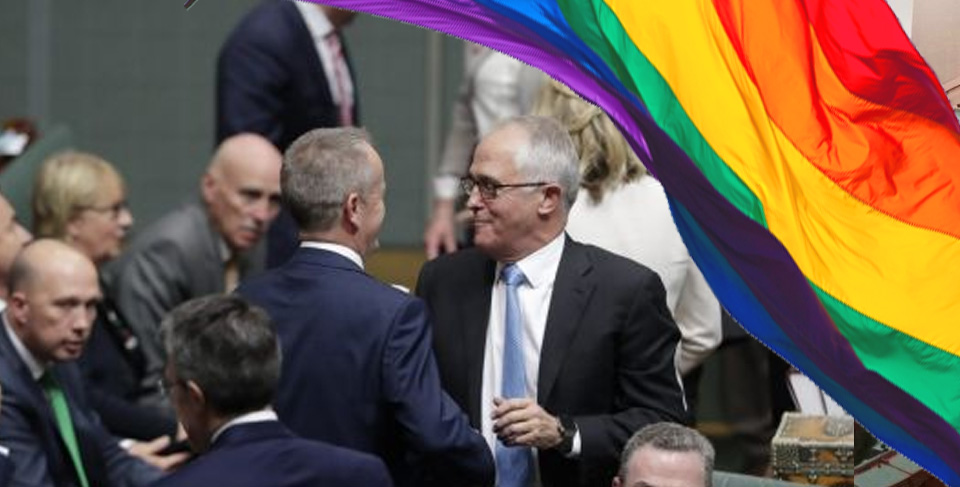 Australia has today celebrated only being six years behind Alabama when it comes to equality. Coming together as one to vote in favour of equal rights after only delaying the inevitable and largely uncontroversial right for same-sex couples to marry only thirteen years after it could and should have happened, politicians today patted themselves on the back for a job well done, for six hours before finally getting around to actually passing the bill.

However, the parliament has already come under heavy fire from conservative critics, who have complained that the bill contained none of the amendments requiring schoolboys to wear dresses as they had demanded during the plebiscite.

Conservative cake makers were also witnessed breaking into tears across the country at the news that they would now be forced to make considerably more money for doing the exact thing that they do every day.

The Catholic Church has also spoken out following the ruling, announcing that they will not be conducting any same-sex marriages in their churches, despite the law change. “Turns out we’re not legally required to conduct marriages that don’t align with our faith, even though the law’s changed. We probably should have looked that up before funding a multi-million dollar campaign claiming otherwise.” said a representative. “However, we are still very concerned for the safety of children as a result of this change of law, and trust us, we know a thing or two about how harmful child abuse can be to a sacred institution.”

It is expected that the first same-sex marriages will occur as soon as this afternoon in the parliamentary courtyard, followed shortly after by canapes and a spectacular fire and brimstone display.

Standing in the parliamentary gallery, gay couple Greg and Robert Lastname were brought to tears by the ruling. “It’s just such an emotional time for us,” said Greg to reporters following the vote. “We’ve already gone through all the pain and cost of holding a commitment ceremony just last year, now we have to fork out for a wedding as well? Haven’t we suffered enough!”