loading...
National
“Just give us an ICAC Scott” begs nation going through its 16th political scandal in 12 months
1st of your 1,000,000 free articles this month 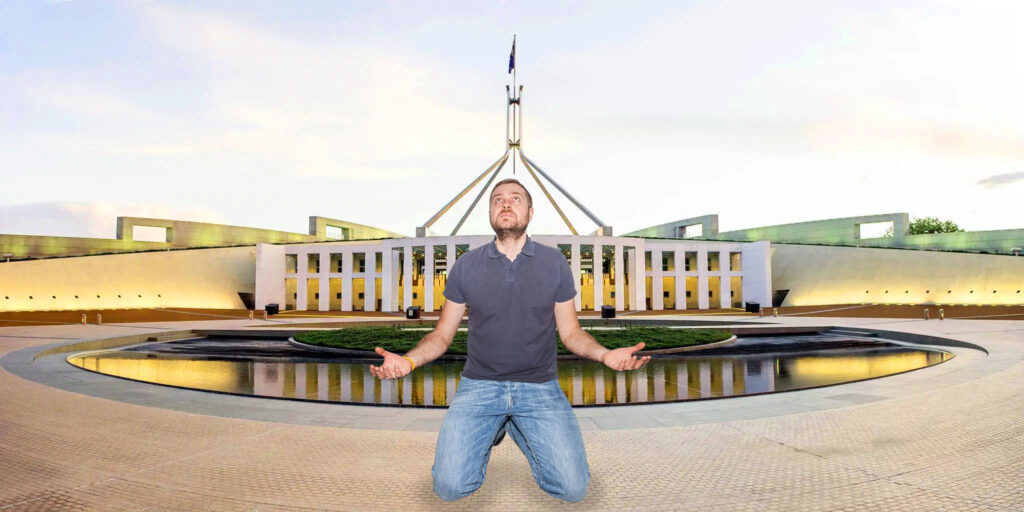 Literally everyone across Australia has sighed with resignation today, after hearing another politician was caught out doing something dodgy in plain sight and only got fired after it became an issue in the press.

“Gosh if only there was some kind of independent body to hold our country’s most powerful yet least accountable public servants to account for their actions,” shrugged every single poltician today. “Oh well I guess we’ll have to let them just keep on getting away with stuff because it would be impossible to make some kind of an ICAC.”

Asked what in god’s name he could do to try and fix this broken mess we call our nation’s parliaments, local man Darryn Datsun was surprised to learn that there are many things he can do. “Investing in quality accessible journalism is a great place to start,” explained a helpful writer in a satirical article who doesn’t understand the fourth wall. “Also as strange as it may sound, studies have shown that the best thing you can do to fight corruption at all levels of government is to increase your civic involvement at a local level. Joining local sports clubs, volunteering in community programmes, signing up to become involved in the decision making in a political party’s local branch, or even just holding a street party with your neighbours will all have a tangible effect on corruption at all levels of government, thanks to the onflow effect that accountability at small scales has on tolerance for wider corruption.”

“Or if you’re more of the destructive type, helping out in boycotts of broadcasters that attempt to incite division in local communities along lines of race, gender, sexuality, or political affiliation can also increase accountability, especially in a media landscape where a single family controls over 70% of the media market.”

“Or you could just chase politicians around in a chicken suit,” explained the writer, “but nobody would be silly enough to do that.”