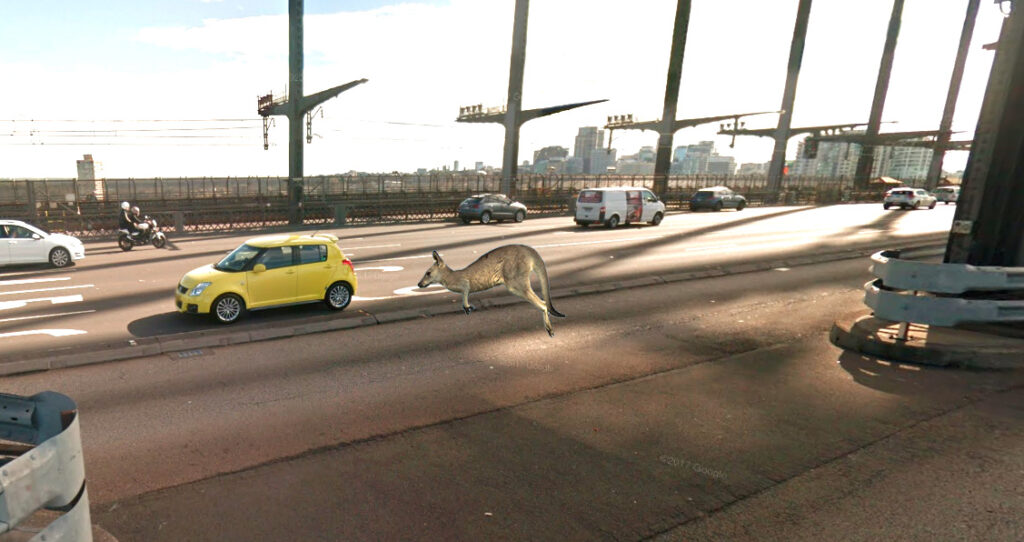 Sydney authorities from the Roads and Maritime services say they were left in “disbelief” after calls started pouring into their office reporting that a Kangaroo had been sighted hopping down a bus lane on the Sydney Harbour Bridge. Traffic controllers say they initially refused to believe the calls from shocked members of the publc, believing they were being pranked, given that “they’d never heard reports of anything actually moving in a bus lane before.”

“I’ve gotta say, I was quite surprised” said bus driver Vince Busdriver, who witnessed the incident. “I thought someone was definitely going to get killed, with the Kangaroo travelling at those breakneck 5 kilometre an hour speeds. In fact I had to slow down just to make sure I didn’t cause an accident. The passengers insisted it wasn’t possible for us to go slower than 0km/h but it turns out the bus has a ‘reverse’ gear.”

Representatives for the RMS say they have now brought the situation under control, removing the Kangaroo from the bridge, but not before issuing it with a fine and a court date for it’s lack of an e-toll tag. Asked whether they thought fining an animal with the IQ of a cinderblock for toll evasion was the right approach, RMS staff were unrepentant. “We can’t go making exceptions,” said Roads Minister Melinda Pavey, “or before we know it every man and his dog will be trying to get across the bridge toll free by just hopping on the back of a Roo.”

“And an Australia where the public ride Kangaroos across the Harbour Bridge is the kind of sick twisted fiction that should stay limited to advertising we export to trick Americans into holidaying in this shithouse country.”