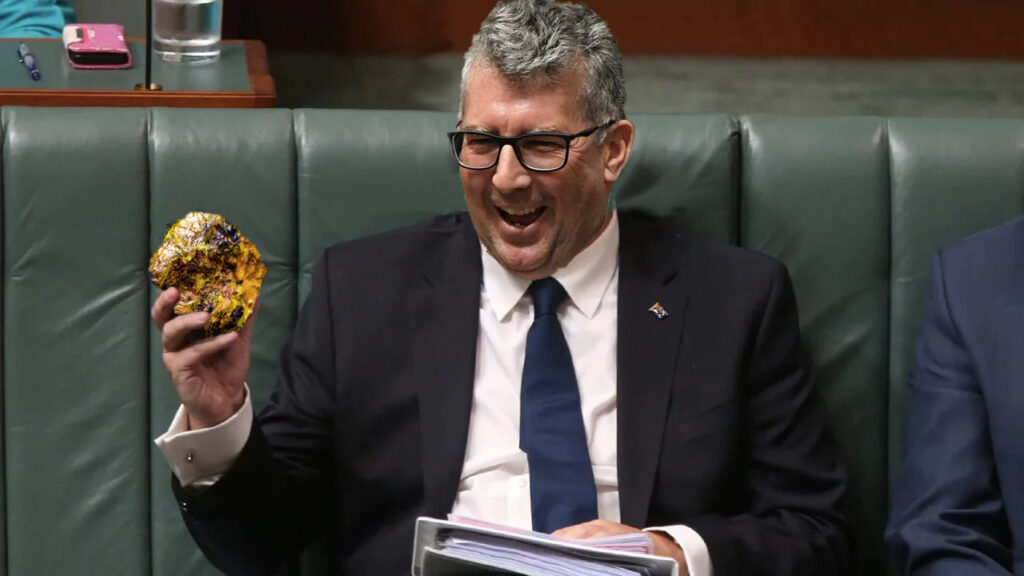 But MPs didn’t heed Mr Pitt’s appeal. Panicked MPs from both sides of parliament fled the chamber as Mr Pitt joyfully threw it up and down.

Mr Pitt went on to commit to building nuclear reactors in Australia, as long as they’re not in his electorate.

Earlier, at a media conference, Mr Pitt was asked whether he was worried about nuclear accidents. But Mr Pitt said it wouldn’t a problem because it wouldn’t be happening in his electorate anyway.

“Nuclear power provides us with a talking point about how the government is getting serious about carbon emissions, providing perfect cover for the coal industry for decades to come. It’s the perfect solution for Australia — as long as none of the reactors are built in my electorate.”

Challenged about the fact that nuclear power takes decades to develop, Mr Pitt said it wasn’t a problem. “That’s actually one of the advantages with nuclear! I can put Australia on a track towards nuclear power and by the time all the headaches of implementation arise, I’ll have quit politics and be smoking stogies in a corporate boardroom somewhere. Plus – the reactor won’t be in my electorate, so I’ll be safe.”

Mr Pitt collapsed shortly after addressing parliament, and is currently in isolation at Canberra Hospital.