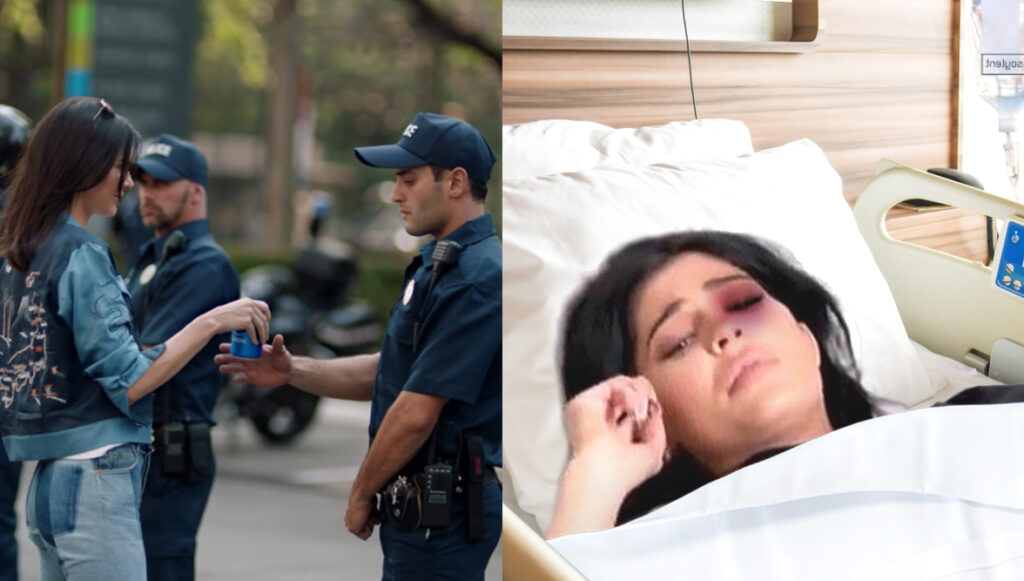 At Home With The Kardashians star Kendall Jenner has been placed in intensive care today, after a failed attempt to bring peace to America by offering riot police a Pepsi.

Officers who were at the scene have since apologised for their actions, stating that they had mistaken her blackfish makeup for an actual African American, and if they had known she was a rich white woman they would have simply helped her with any crimes she was attempting to commit at the time.

Others at the scene have stated that the officers were just the last in a whole line of people to throw punches at the celebrity, stating that everyone there knew exactly who she was. “Come on now,” explained one rioter. “Punching one of those reality TV Kardashians who is also a billionaire influencer? I’m not one for violence, but socking one of those idiots is basically living out the American dream. I’ll even let the police off the hook this one time.”