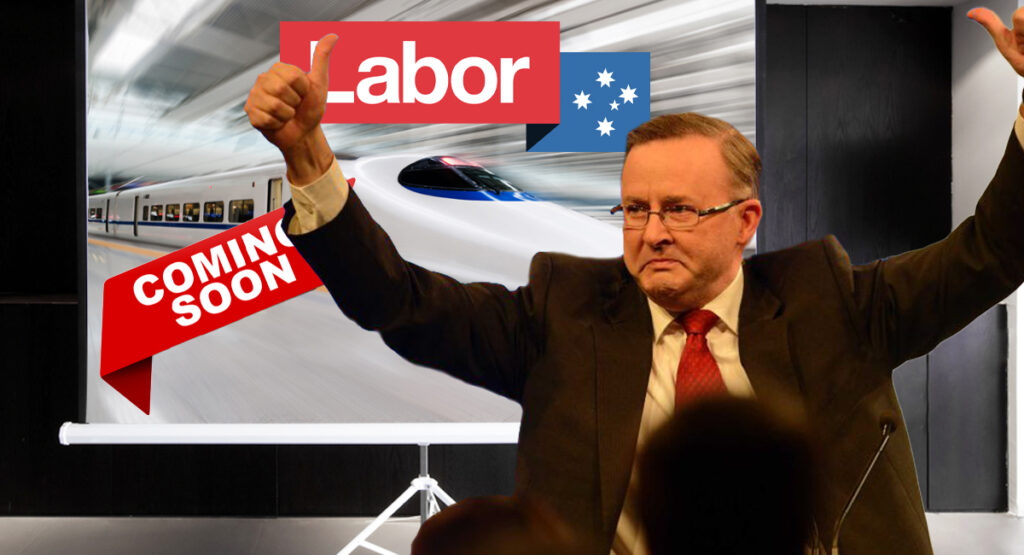 “We are committed to this for the long haul,” said Albanese, “and long hauls are what fast trains are known for. With our plan for announcing fast trains, you could be soon laying back while listening to the sound of our announcement.”

“We have up to 6 months of talking about this light rail, but instead of hesitating like all-talk, do-nothing ‘Scomo’. Your best friend Albo wouldn’t lie to you. A light rail is coming, but more importantly our announcements of a light rail are faster and more high tech than any of our previous announcements. Can I get a Toot toot?… No? Ok…”

In response to this shock announcement, Scott Morrison has ramped up his efforts regarding the Liberal Party’s pre-election tradition of just taking an old Labor policy, calling it your own but also making sure it is  worse than the original policy, with this election’s policy being an emphasis on electric vehicle sales.

Morrison is said to have also taken time to modernise his party’s tradition by adding in his own compulsive lying even when discussing whether his policy has improved in the last 3 years. Saying that ‘even if the truth makes me look better than a lie, I can not trust letting the public hear it. The truth is still something that my government is very afraid of.’