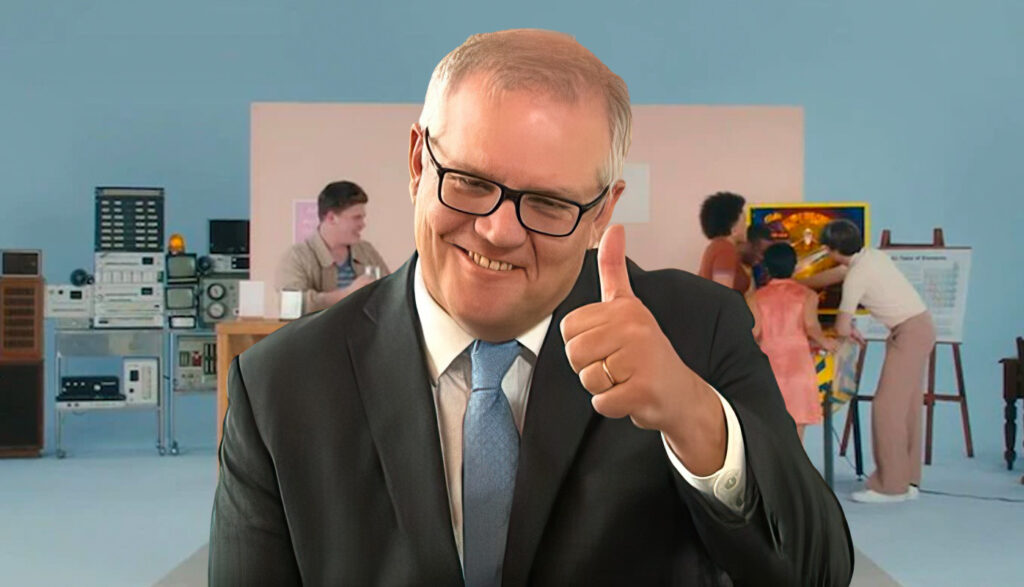 Prime Minister of a nation and only man with the power to stop climate change Scott Morrison has today blasted inner city voters for being concerned about the insidious threat of ecological collapse that threatens to destroy civilisation as we know it.

“We’re not going to achieve net zero in the inner cities cafes,” said Morrison. “Those places should be reserved for their traditional purpose of filming weird videos about consent via the medium of milkshakes.”

“We’re also not going to accomplish a reduction in emissions by charging the biggest polluters and then using the money to subsidise the public who might be charged extra for green energy. That stupidly logical plan has Labor written all over it. Instead what we’ll do is replace the good parts in the plan with a copper network so it will only cost three times as much and get rolled out 10 years late. It’s a completely foolproof plan.”

When asked if they thought drinking lattes and wine in the inner city was going to have an effect on climate change voters were surprised. “No I didn’t really think I was stopping climate change by sitting around talking about it in a cafe,” said one woman. “I thought I was preventing climate change by advising my friends to only invest my super into ethical power sources, which combined with millions of other inner city voters will force industry change in the absence of any real action from the federal government. Because it seems we’re not going to achieve net zero in the inner city Canberra buildings either.”