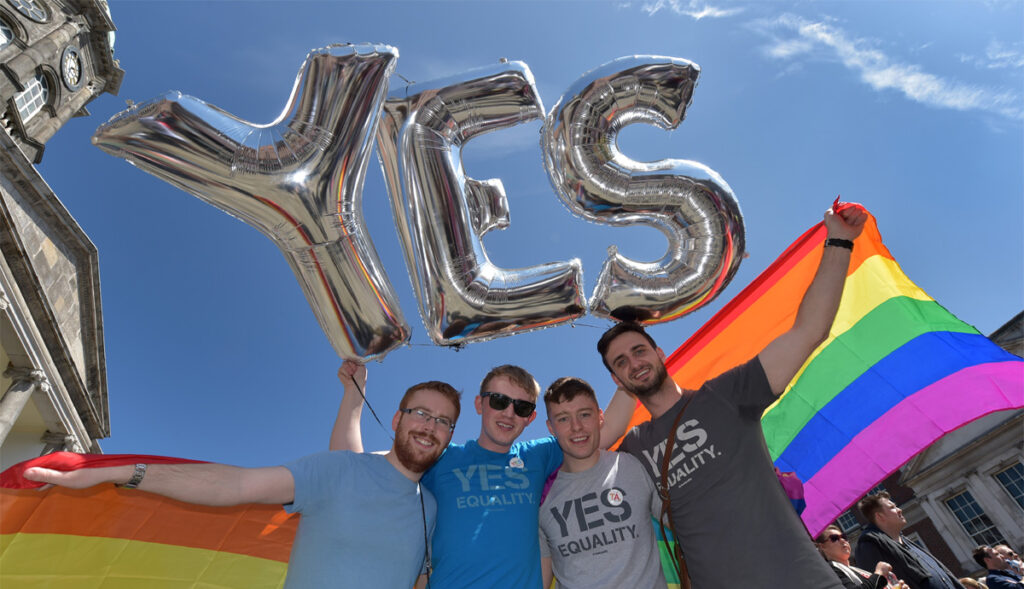 Pictured: Ireland grappling with the horrifying end-of-times that followed legalising of same-sex marriage
By Caz Smith

The Liberal Party room is set for one of it’s most heated internal debates in the party’s history, as MPs prepare to debate whether they should hold a ballot on whether to hold a plebiscite over whether the parliament should have a vote on whether to let gay and trans people use the word ‘marriage’.

The issue of same-sex marriage is a divisive one within the Liberal Party, polarising the normally homogeneous party and splitting factions down ideological lines. Moderates within the party are now pushing for a parliamentary vote on the issue, saying it would be much simpler to just resolve the issue once and for all given the overwhelming public support. Conservatives however are against the idea, stating that the party had agreed before the election to hold a plebiscite, and unlike their promises on ABC cuts, health cuts, education cuts, the NBN, a budget surplus, solar funding, the age pension, disability pensions, hospital funding, and aboriginal support services, the massively unpopular and costly plebiscite was one promise they couldn’t afford to break.

However, despite majority support from the public and both houses of Parliament, same-sex marriage proponents still face an uphill battle against powerful conservative Christian lobby groups, who argue that same-sex marriage may spell the end of the world as we know it. Sydney Anglican Archbishop Glenn Davies spoke out on the issue today, stating that “As a church founded for the sole purpose of redefining marriage laws for political reasons, the Church of England is firmly opposed to changing the definition of marriage for political reasons.” Similarly the Catholic Church’s most high ranking Australian official, Cardinal George Pell reiterated his unwavering belief that “same-sex marriage is a threat to children” before making his way back into court for his trial on child-sex offences.

Further complicating matters, a decisive decision in favor of a parliamentary vote in the Liberal party room may still not be enough to resolve the issue tomorrow, with the National Party still yet to be consulted on this, or any other issue. Nationals leader and Coalition deputy Barnaby Joyce has already come out strongly against a free vote, stating “Mate, look, fair dinkum, I’m as true blue as they come, strewth, I mean really, bloody oath, but gee whiz, in all my time, and I mean honestly those bloody galahs, here have a few billion litres of water, but my point is honesty, I’m bloody outraged, fair crack of the whip, had it up to here with this, and hooley dooley the buck has got to stop somewhere.”

Conservative campaigner and former Liberal Party kidney-stone Cory Bernardi has also been suspiciously outspoken on the issue, stating that what the Liberal Party decides today will have potentially dire consequences for the future of Australia

“What’s next? Cousins getting married? People getting drunk and getting married within hours of meeting? Divorce?” asked Bernardi, before being informed by his PA that all those things were already legal. “In any case, I don’t want to have to marry a gay person, but should this vote go through, I’m afraid that’s what I’m going to have to do. I’ll be forced to find a beautiful big muscular man with brown eyes and a strong jaw who I will love forever and cuddle up to when the nights are cold, and sometimes we’ll be forced to go on picnics, where we eat jam scones and buttercreams, where we’ll sit and smile lovingly into each others eyes as we watch the sunset over the hills as we dream of one day raising a family together. Um, excuse me one moment, I think I forgot to take my medicine again.”