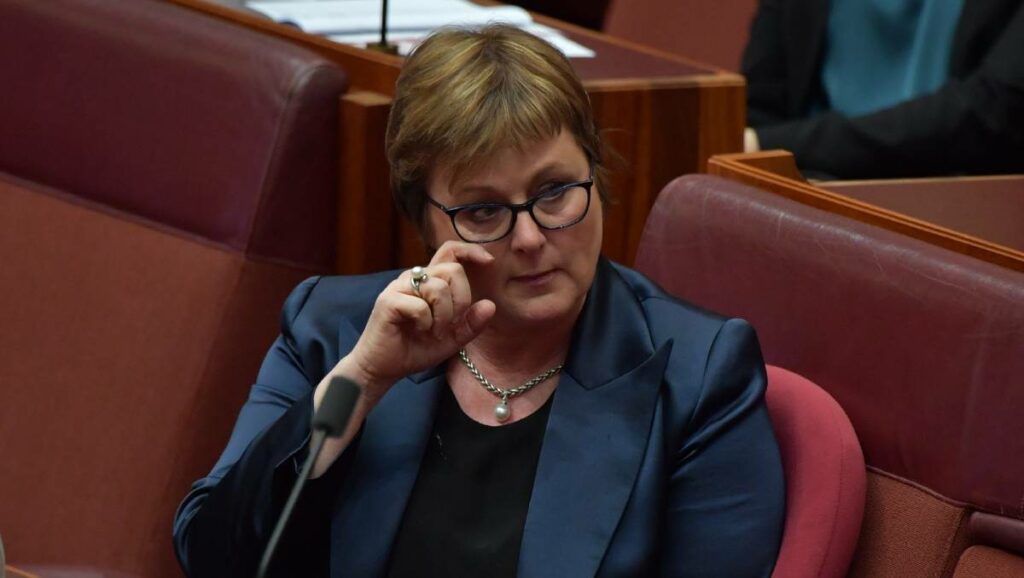 Defence minister Linda Reynolds has defended the Morrison staffer who resigned last night after reports that he yelled at Tasmanian Greens Leader Cassy O’Connor calling her a ‘meth-head cunt’. Mrs Reynolds has said that people have taken a different meaning than intended by the phrase ‘meth-head cunt’ and that the comment said in the workplace in front of multiple people was never supposed to be made public, which apparently makes it better.

“Obviously the comments made by Mr Hudgson are regrettable if they offended someone who misinterpreted them,” said Reynolds hoping that it will stop another lawsuit, “but it wasn’t actually offensive. It was just regular workplace chatter. Who hasn’t yelled at a female colleague that they are a meth-head cunt while they try to conduct business?”

“People are clearly misinterpreting what was actually said. I can see how this happened but it definitely wasn’t meant to degrade her. And anyway the comments where never meant to be made public. It was wrong to make the comments said in front of a lot of people in public, public.”

“The incident was properly investigated in 2019 when it happened and they found that there was nothing inappropriate that occured. So we can all be sure that there wasn’t any big deal going on. The assertion that it is a bigger story is just ABC bias, in that journalists from the ABC are the ones he said it in front of who said they witnessed it. But he was with his boys who lied about it not happening so I don’t know. I think resigning was a bit much I reckon stress leave is what he needs.”