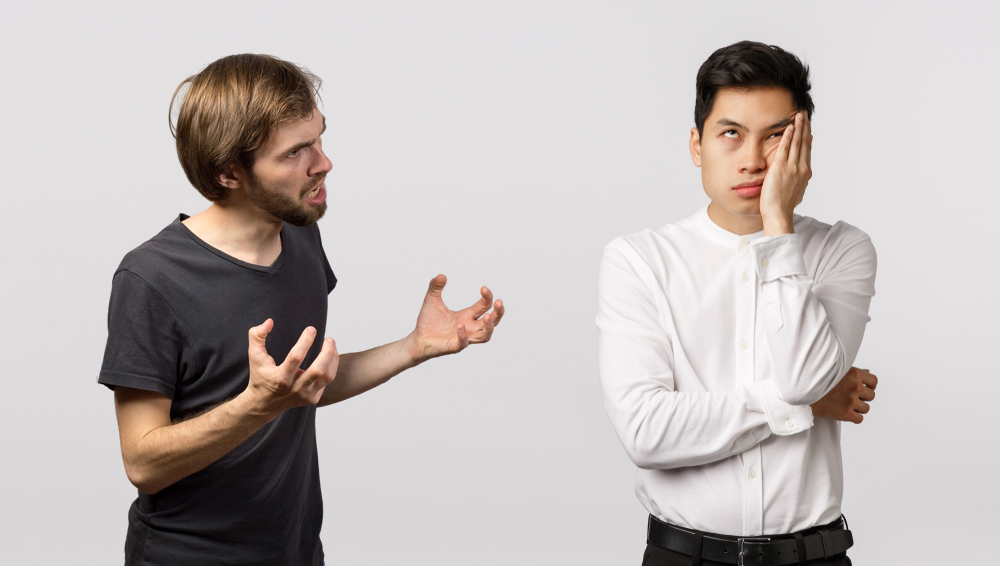 Local derro and full time sad excuse for a human Brad Datsun has today shown off his community spirit in the middle of a pandemic by attacking an innocent person who was just walking down the street.

“You Chinese are to blame for this!” shouted Brad as he passed by an Australian citizen whose parents emigrated here from Korea in the 1970s. “Go back to where you came from… assuming it’s not Australia!”

Brad, himself a second generation migrant who currently holds the Guinness world record for being the only man with an IQ you have to dig for, says that he is just standing up for his country. “You know these Asian people they’re the ones that spread the disease!” he explained, defying all scientific understanding of how germ theory works. “Thanks to these people, everyone I know is sick, and I had to cut short my three week cruise to Spain and Italy. God, I know it must have been my Chinese neighbours that are to blame for this!”

However, Brad’s elderly neighbours Jack and Lee say they have no idea what Brad is talking about, given that they have lived in Australia for thirty years now and barely go outside. “Yea look we’re not huge fans of the Chinese government, don’t get us wrong, and they certainly could have handled this better, but I don’t see how that relates to us?” asked Jack. “We haven’t set foot in Hong Kong for over 20 years now and the whole reason we left was to get away from that government.”

“If anything, with his stubborn resistance to washing his hands, constant backyard parties, and refusal to wear facemasks, I think we’re much more likely to catch the disease from him than he is from us,” continued Jack. “Don’t even get me started on how he never covers his mouth when he coughs. We’re kinda glad he always avoids us.”