National
Macron clarifies comment on Turnbull’s wife – “I just meant I’d sleep with her”
May 2, 2018 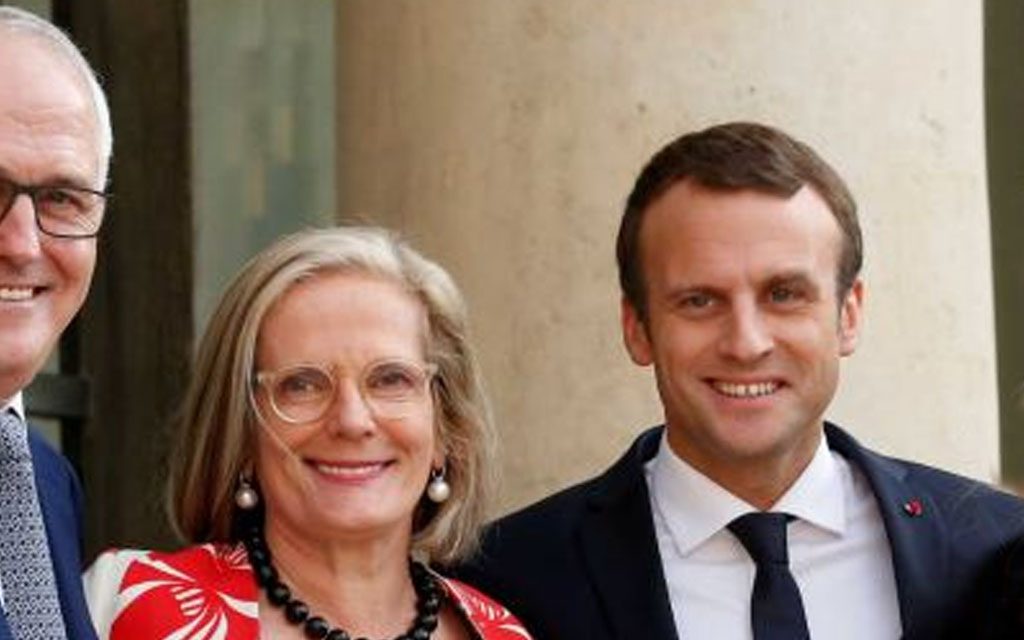 French President Emannual Macron has issued a formal apology to Prime Minister Malcolm Turnbull this evening, after mistakenly referring to the Prime Minister’s wife as “delicious” while giving a speech in Australia. The French President said he was “most embarrassed” about the gaffe, stating that he had simply mis-chosen his words and had meant to describe Turnbull’s wife as “How do you say… one smoking hot babe-alicious vixen who I’d give my right foot just to spend one night with.”

“Am I translating that right?”

Prime Minister Turnbull has laughed off Macron’s earlier mistake, stating “Oh, you know, he probably just misspoke, after all English isn’t his first language. In fact I’m pretty sure he also messed up that part of our meeting where he asked why he’s ‘even meeting with this spineless leader of a third rate backwater British prison’. It’s a lot like how Matthias Cormann is always getting his English mixed up when he calls me a ‘pathetic girlyman’, or when my wife gets her English mixed up when she says I’m a ‘hollow shell of a human who’s only allegiance is to power and who would put his grandmother’s marriage to a plebiscite if it meant I could sit in the big boy’s chair for another day’, god bless that tongue tied wife of mine.”