National
Man who hasn’t seen sky for a week starting to think Extinction Rebellion may have a point
December 6, 2019 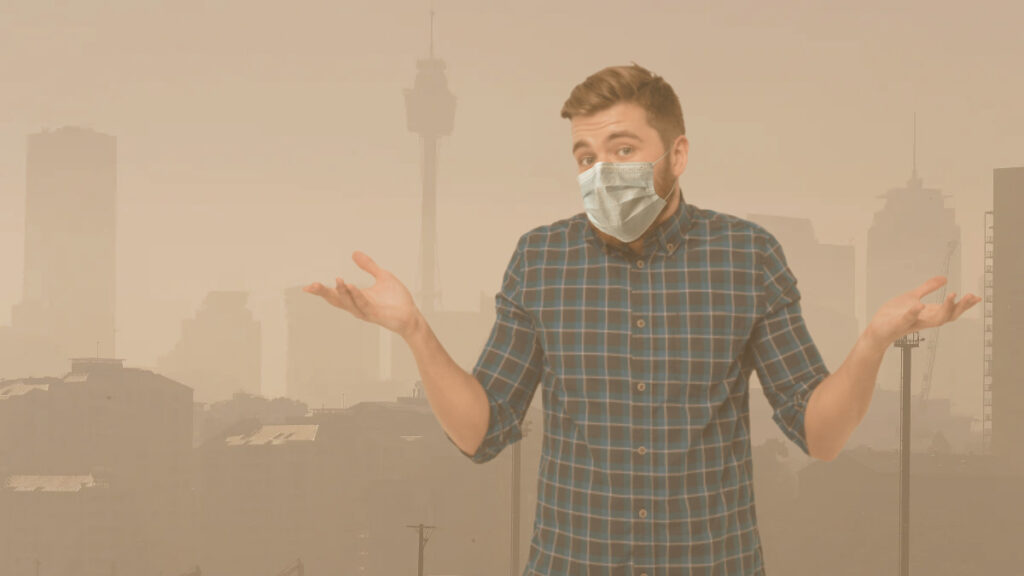 Sydney resident and fulltime commuter Darren Everyman has today issued a formal apology to Greta Thunberg, the Extinction Rebellion, and vegans everywhere, after the seventh consecutive day of not being able to see the sky.

“Yea look, when climate change was just about a bunch of hippies blocking my route home from work I’ll admit I wasn’t as concerned about cutting carbon emissions so much as I was concerned about cutting off their welfare cheques,” admitted Darren. “After all I figured climate change would be someone else’s problem – the year 2020 they keep talking about really sounds like some far off distant time. Had I known that blade-runneresque future they were talking about wasn’t twenty years time but twenty days time, I might have got out of my car and joined them.”

Asked what he would be doing to contribute to help fight climate change, Darren said that he will be sharing increasingly concerned Instagram posts until the smoke has cleared, at which point he will return to business as usual until the next major natural disaster hits in five months time.

However, not everyone is ready to concede that the UN, the CSIRO, NASA, the Bureau of Meteorology, and 98% of scientists may be right – with some still insisting that everything is normal and we should continue as normal lest Gina Rineheart be forced to cut back on the number of luxury yachts she can buy. “These are just normal, regular bushfires, nothing out of the ordinary for this time of year” insisted retiree and lifelong Liberal voter Maxwell Bolton, before dying from a smoke induced coughing fit.

Likewise, Young LNP member Richie McMoneybank says that there simply isn’t enough evidence yet to be sure the fires are climate linked. “Yea look sure there was a report compiled in 2009 that predicted this exact outcome almost to the day if we didn’t address climate change, but that report was done by the niche fringe group ‘The Australian Government’ and what would they know about these things. Not to mention the fact that that so called ‘11,000’ scientists report had three fake signatures in it, including one from Micky Mouse, which clearly debunks the validity of the other 10,997 signatures. I mean, I bet they didn’t even consult a single coal lobbyist when compiling that report.”

Meanwhile Prime Minister Scott Morrison has acted resolutely to address the problem, announcing a new his new slogan “How lit is Australia!” and declaring the entire problem solved.