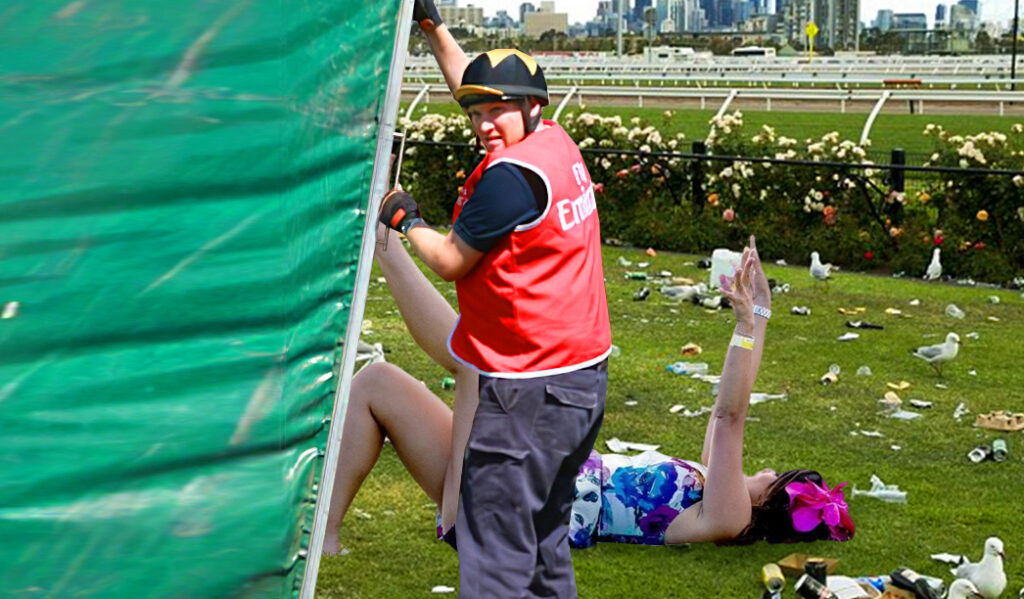 Staff at the Melbourne Cup have rushed to shield onlookers from the horrifying spectacle that took place following a serious fall at the races today. Rolling out the traditional green tarp to block cameras from seeing the most scarring images, the guards asked onlookers to please step back and let the security guards do their work, as they tried to evict the shandy-drunk bogan who just took a fall in 5 inch heels.

“I’m afraid this old girl is on her last legs,” said a concerned doctor inspecting the scene, “I’m sad to say there’s very little medically I can do for her, so it looks like it’s off to the glue factory for these broken stilettos.”

However, witnesses say the suffering did not end there, with the drunk bogan having been sighted attempting to stand with only one working high-heel, hobbling around the grass field while screaming ‘woo!’ at the top of her lungs. Eventually, guards were forced to put her out of her misery, placing her in an Uber and sending off to the green pastures of Geelong to live out the rest of her days.