National
Morrison announces he has begun helping Biden with Covid by ordering his ticket to Hawaii
November 16, 2020 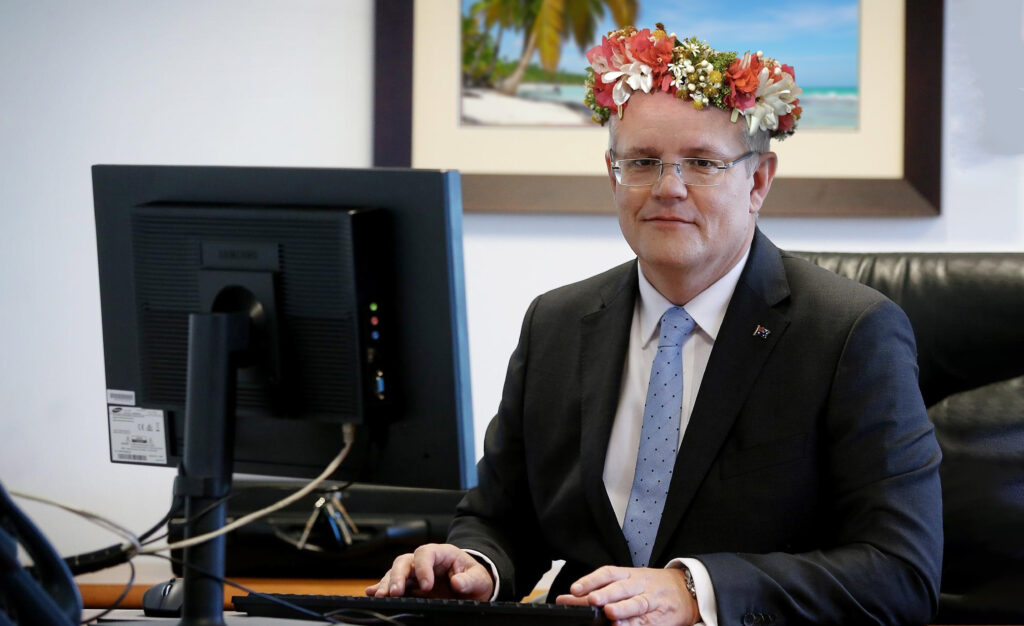 Prime Minister and man keeping the lights on at Bunnings, Scott Morrison, has today announced he has begun his work helping President elect Biden in his plans to fight the coronavirus when he takes office, assuming he doesn’t die of old age before then. According to Mr Morrison he has already taken a crucial step in crisis management by purchasing a ticket so he can fuck off to Hawaii.

“I just want to start this by saying Aloha to our friends in America, I am trilled to be heading over there to show off my brand of leadership,” said Morrison while interrupting Kamala Harris during her speech to announce the partnership. “I am excited to come and visit America, mainly Hawaii but still America none the less. How great is leadership?”

“I have already given the President elect some great tips on how our country has been handling crises. Like when lots of people are in scared and in danger, as a leader you need to be able to step up and order the right coconut shell cocktail to sip on the beach to help you ignore those problems.”

“For advice more specific to coronavirus, I have told him to do what I did. Which was let the states do all the work and take credit for what works and blame everything else on states whose leaders are in opposition parties.”