National
Morrison asks Grace Tame if she needs a man to explain the meaning of ‘condescending’
May 24, 2021 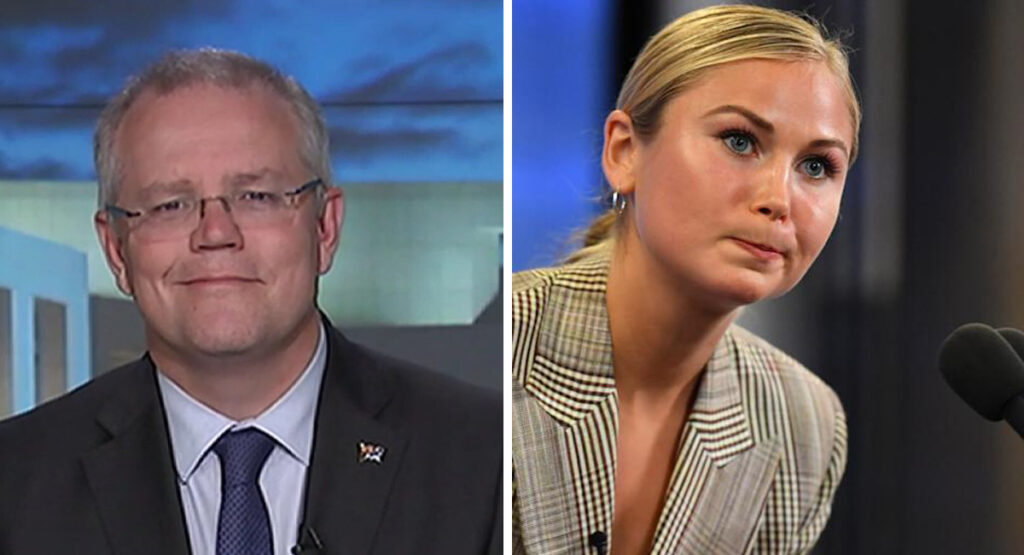 Prime Minister Scott Morrison has come under fire after it was revealed he whispered in Grace Tame’s ear,‘Well, gee, I bet it felt good to get that out’, after she delivered a powerful speech about abuse earlier this year.

Mr Morrison said he did not believe it was tone deaf or condescending, and that he is “more than happy to get a man to explain those concepts to Grace because she is clearly confused.”

“My statement was actually quite supportive. I didn’t even have to consult Jenny about it,” said the Prime Minister. “I mean a woman standing up and giving a speech, who knew they could? At the very least you would assume Grace would want to ask former Minister for Women Tony Abbott for assistance on the matter.”

In response to the controversy, Mr Morrison’s empathy consultant has hired her own empathy consultant after coming to the realisation that at this point she mustn’t understand empathy properly if this is the sort of shit that her client gets up to. Saying in a statement, “God fucking dammit, not again! What the actual fuck?”