National
Morrison pretty sure his next lie will be the one to fix everything
November 23, 2021 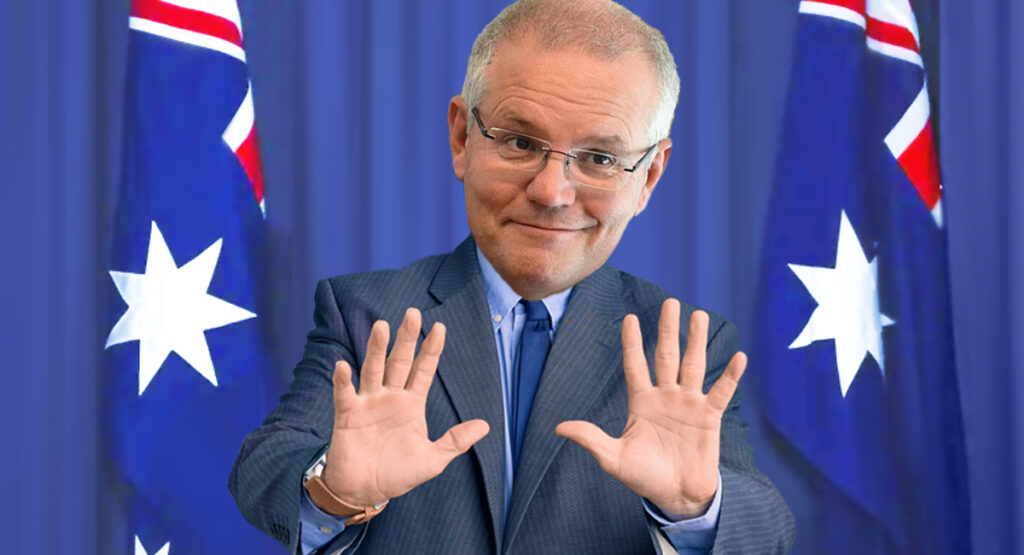 Prime Minister Scott Morrison faced the media looking suprisingly confident today while facing questions regarding his latest scandal about him being getting caught out in yet another blatant lie. Reports claim that the reason the PM is able to maintain this level of smug confidence is that he is fairly sure that the next lie he tells will be the one to fix everything.

Inside sources claim that the strategic genius plans to stifle all criticism against him for his actions as a lying hypocrite, by coming up with a new lie that will most likely include a denial of his previous lies being lies thereby throwing everyone off the scent of the original lie. Paired with a foolproof plan of ‘misremembering’ a baseless claim that he can throw at whoever is the one leading the criticism against him, intentionally angering journalists and political opponents.

In an exclusive recording of the PM he told staffers that, “Clearly the best choice in this situation is to come up with a new lie. This next one has to be the one that does it, I don’t see how lying wouldn’t work. I mean if not the next one, it will be the one after that surely? There is no way this could fail again.”

Reports suggest that a doomsday ‘plan B’ has been put in place in case this plan somehow fails. The back-up plan includes immediate deployment of emergency photo-ops, chats with Jenny and an express flight to Hawaii; all of which the PM’s office are confident would defuse any anger he could possibly be facing as a leader.