National
Morrison to ‘step back’ from official duties to balance his time between Australia and Hawaii
January 10, 2020 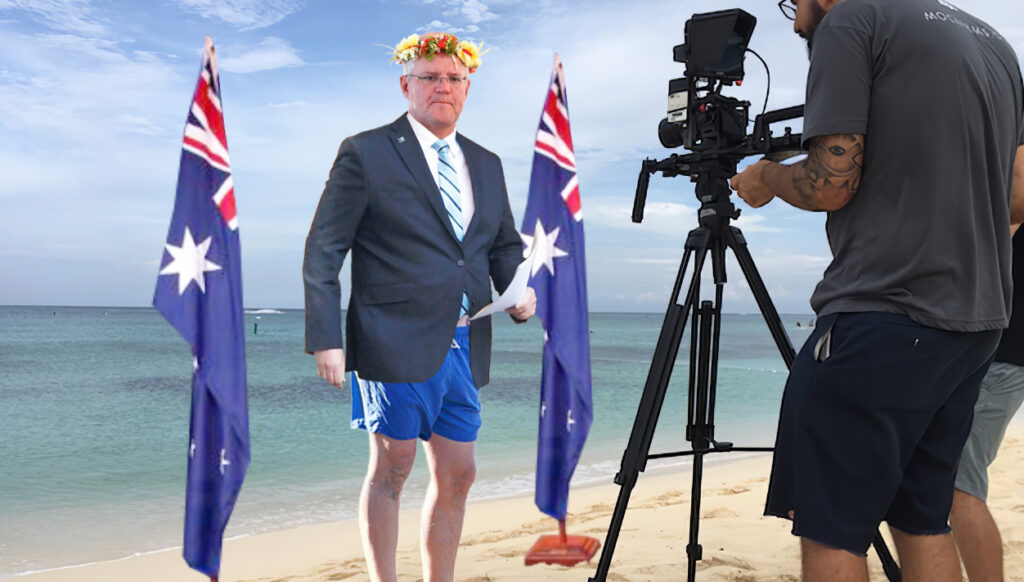 Scott Morrison has announced that he intends to step back from his duties as a ‘senior’ member of government, while continuing to fully support himself in the role of Prime Minister.

The announcement on Mr Morrison’s personal instagram account, accompanied by a photograph of him ‘hanging loose’, has been received with shock.  Avid Liberal-watchers cannot believe it has taken so long to announce.

“I understand emotions run high during such times,” said Mr Morrison explaining that he will provide comfort by dodging traditional media and instead working with up-and-comers who lack the resources to follow him to Hawaii.

He said that when in Australia, he still plans to live in Kirribilli House “with permission of the Queen”. Alan Jones said he was fine with the arrangement.