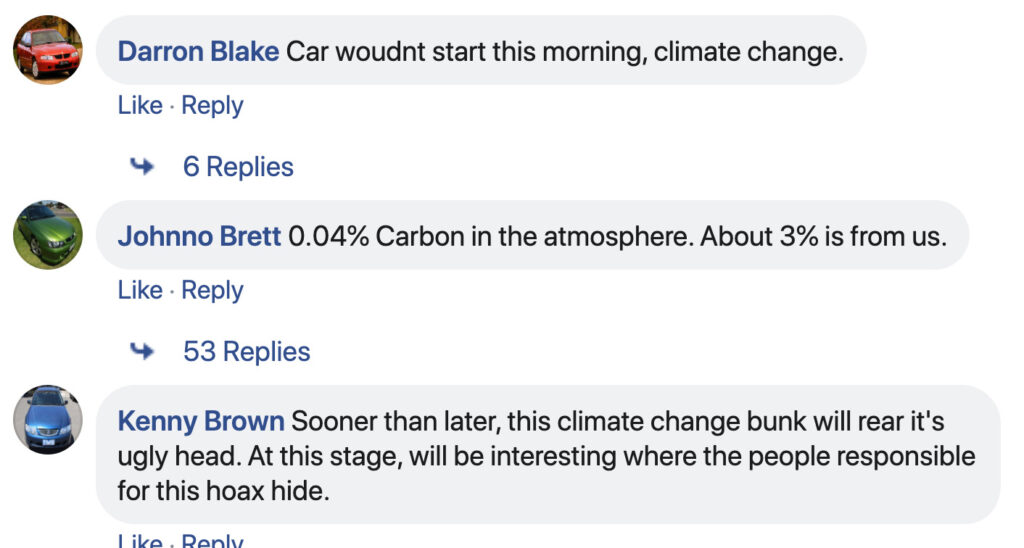 The United Nations Panel on Climate Change has convened an emergency meeting tonight, following news that every single leading climate scientist will be wiped out by 2021, following the closure of Holden car manufacturing in Australia.

“These cars have always been a vocal and outspoken advocate on social media for the anti-climate-change lobby,” said one concerned UN representative today, “without Holden Commodores telling us what to think, there’s going to be a lot of pressure on the Eureka Flag symposium to continue their hard work and 5 minutes research on the topic.”

However, all is not lost, with the nation’s men-posing-on-dirtbikes pledging to increase their quota of anti-everything-the-ABC-says Facebook posting to make up for the lack of Commodores. “Yea, look I just figured it was important I step up and do my bit,” said one man-wearing-a-bike-helmet on the comment section of an ABC post. “It was a shame to replace my last profile of of my dog with a “I’m standing with Scott” filter over it, but sometimes you have to make sacrifices for the greater good.”