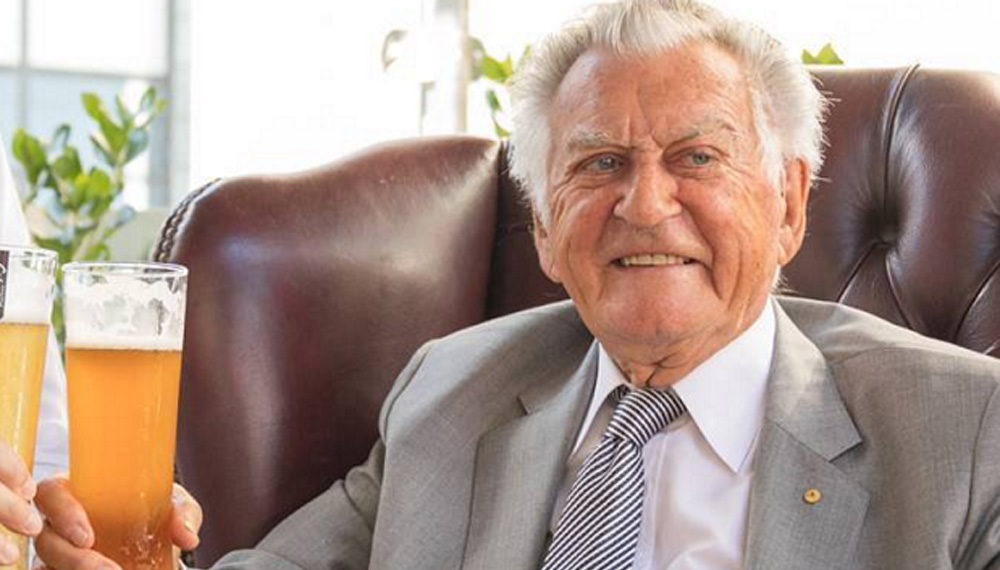 The Nation of Australia is in mourning tonight, following news that the last remaining non-shit Prime Minister this country ever had, Bob Hawke, has died.

Mr Hawke will be remembered for his legacy of government reform, including the introduction of Medicare, but will be even better remembered for that time he broke a world record by drinking a yard of beer in 11 seconds.

A keen Labor diehard to the last, Mr Hawke’s last words were reported to be “Suck on this sympathy vote Scotty!”

Hawke will be survived by his four children, his wife Blanche, and Paul Keating’s constant reminders that Bob actually got all his best ideas from him.

Sick of Murdoch but don’t want to spend a week on the phone? Cancel your News Corp subscription online, courtesy of the Chaser!