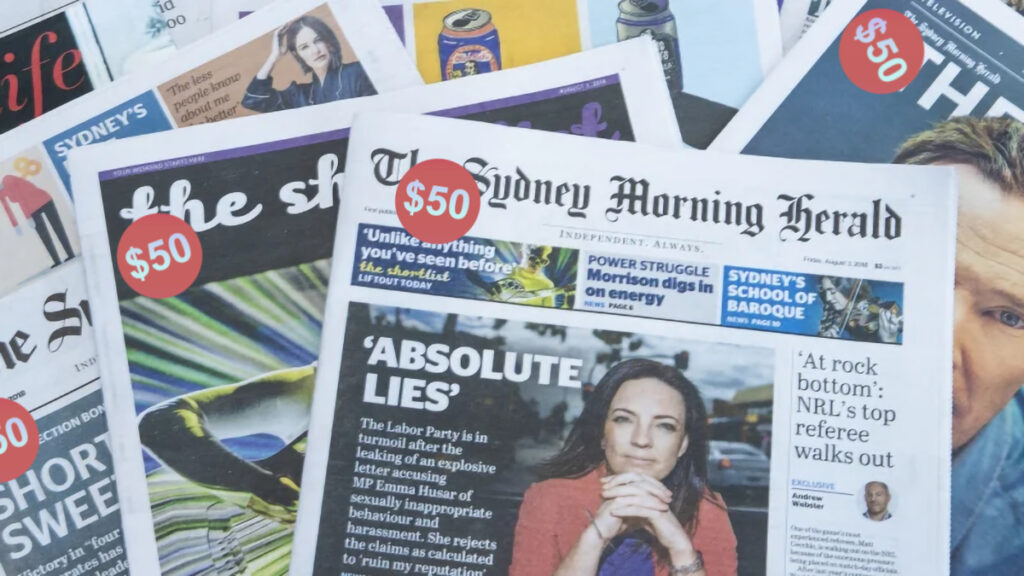 Australia’s news mastheads have today shown a stiff upper lip in the face of social media platforms cutting off their audiences, by stating that the will simply plow ahead without Facebook. Stating that they will simply return to their previous business model of paying millions of children to drop large wads of paper at people’s door at 6am every morning – the newspapers said this will still be a viable business model, as long as everyone agrees to pay at least $50 per copy for their news.

“Yes it is a bit steep,” admitted one news publisher from the Daily Telegraph. “But we think people will be more than willing to pay for such quality journalism as ‘The Bachelor’s shock new kitchen decoration – you’ll never believe what he’s done to his backyard.’ – you can’t find that kind of hard hitting reporting just any old place.”

However the Australian public have so far proved indifferent to the banning of all media, stating that they actually have had the first nice day in years. “Yea I didn’t get into any fights with family members for posting racist conspiracy theories, and I wasn’t allerted to every single terrible thing happening anywhere in the world and pressured to feel bad about it despite having no agency to address the problem. I just saw a bunch of funny memes and a few pictures of cats. God, now I remember what the internet used to be like. This is heaven.”

The Sydney Morning Herald however have announced they are still confident the print media model will work, a topic they will be taking up with their liquidators next week.