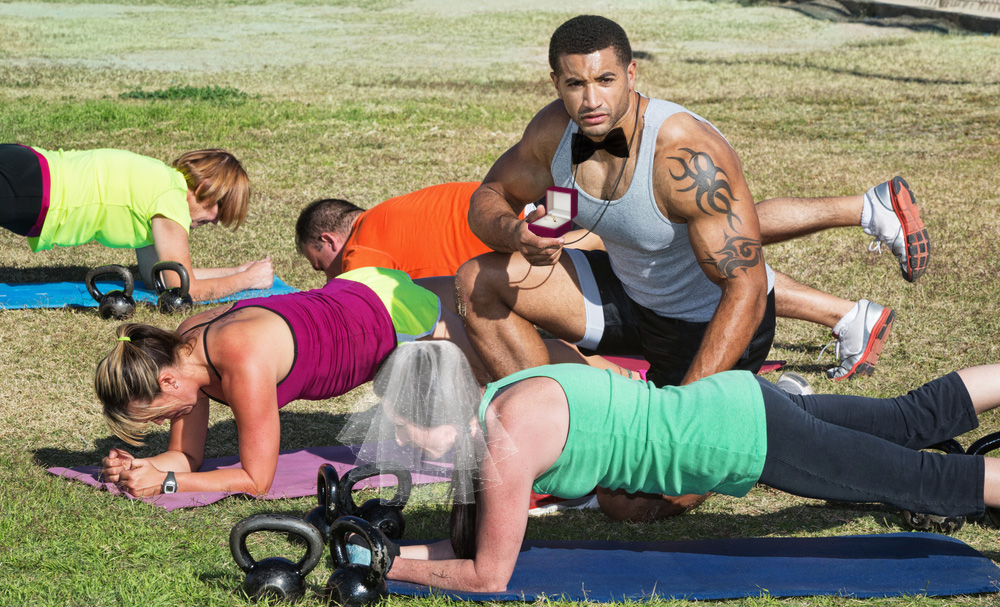 The nation’s wedding planners have today expressed surprise at the number of bootcamp themed weddings taking place across the country, as well as the sudden surge of requests that they be held in a Kmart.

“Yea, last year was all about pastels and instagrammable vine backdrops, but I must admit this trends taken me a bit by surprise,” explained wedding planner Moira Kennedy. “I can’t say I think of love and devotion when I think of Kmart, but I guess we can save on decorations by just holding the ceremony in the ‘live, laugh, love’ aisle.”

The nation’s funeral planners have also reportedly been inundated with requests to theme their funerals, with packages themed around Barre classes rushing off the shelves. “It’s all a bit odd,” explained one confused undertaker today. “Normally we only sell two maybe three barbershop themed wakes a month, now they’re our top seller? And don’t even get me started on all the people snapping up our masseuse themed packages.”