National
Newly unemployed Abbott wondering which idiot screwed up Centrelink this badly
May 19, 2019 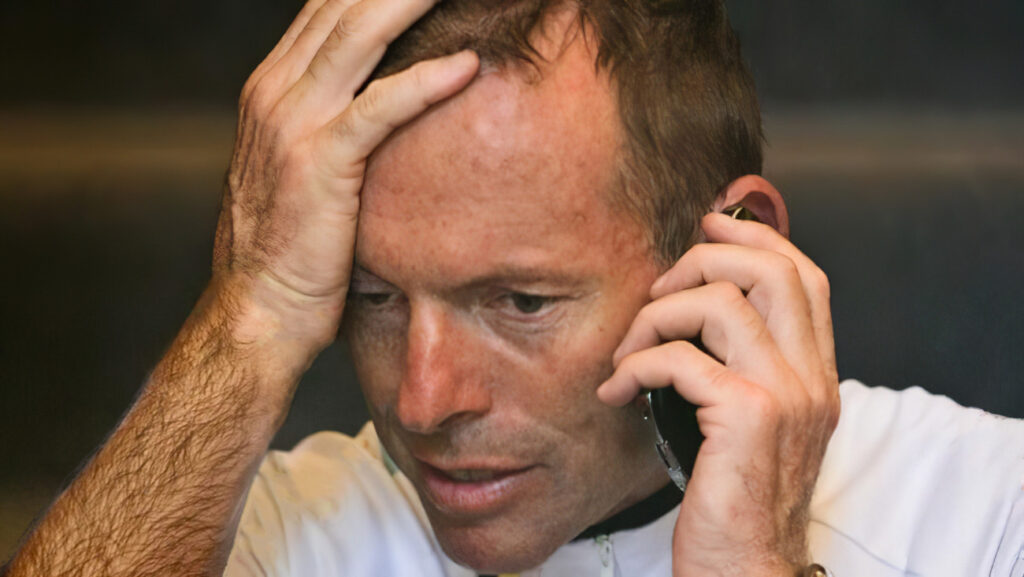 Former Australian Prime Minister for a week and part time onion enthusiast Tony Abbott has today spent the first five hours of his unemployment patiently sitting on hold to Centrelink while wondering why they’re taking so long to answer his call.

“It’s a bit odd,” said Abbott, “Surely a large government department tasked with looking out for our nation’s most disadvantaged and vulnerable would be doing their best to make their lives a bit easier.”

“They’re probably just tied up helping some lovely old grandmother fill out a form or something.”

However, come the seven hour mark Abbott had visibly changed his tune, with the former member for Warringah bouncing back and forth on the balls of his feet, needing to go to the bathroom but also not wanting to leave the landline in case someone answered.

“Who in gods name designed this stupid mess of a system!? Don’t you monsters realise that people have lives to lead!” Tony could be heard shouting down the phone. “No don’t transfer me, you’ve already transferred me three ti… oh for fucks sake.”

“What a joke,” he continued, “Whoever was in charge of designing this shambles of a system should be fired.”

Informed that the man responsible for the mess had in fact lost his job just yesterday, Abbott said that he was “glad that bastard got what’s coming to him.”