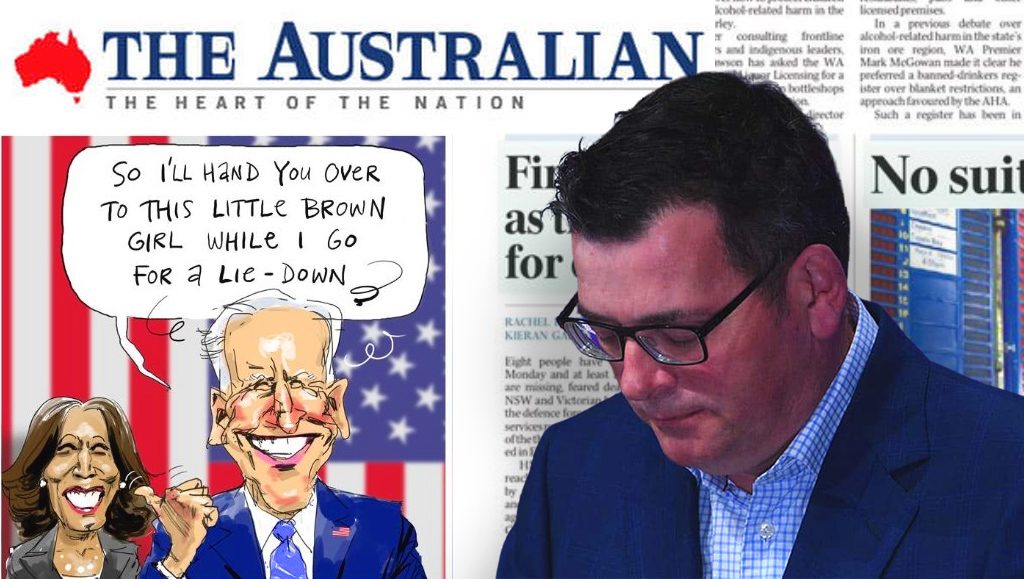 Dangerous pandemic and international cabal of lying fearmongers, News Corporation have released a statement this afternoon, addressing a cartoon featured the Australian today that many are labelling ‘racist, sexist and ageist’. Speaking on behalf of the organisation, the Editor-in-chief of the Australian Christopher Dore said that an internal investigation has already been launched into how Dan Andrews could have let this happen.

“How can that monster Dan Andrews allow the Australian to be stocked on the shelves of Victorian stores?” asked the editor, “when he knows full well it is full of vile hatred and constant dangerous lies. Also, the Federal Government recently gave $10m to Foxtel which is owned by the same foreign business owners. And as shown by our ‘experts’ during the Covid pandemic, federal funding decided by the Morrison government is his fault.”

In response to these statements, Sunrise and the Today Show are already checking which racist white people are available to debate just how un-racist the cartoon is. Not to be outdone, the ABC accept that it is racist, instead choosing to have a ‘balanced discussion’ on whether it is Dan Andrews’ fault or not, debated between a right-wing politician and a News Corp columnist and mediated by a former News Corp journalist.