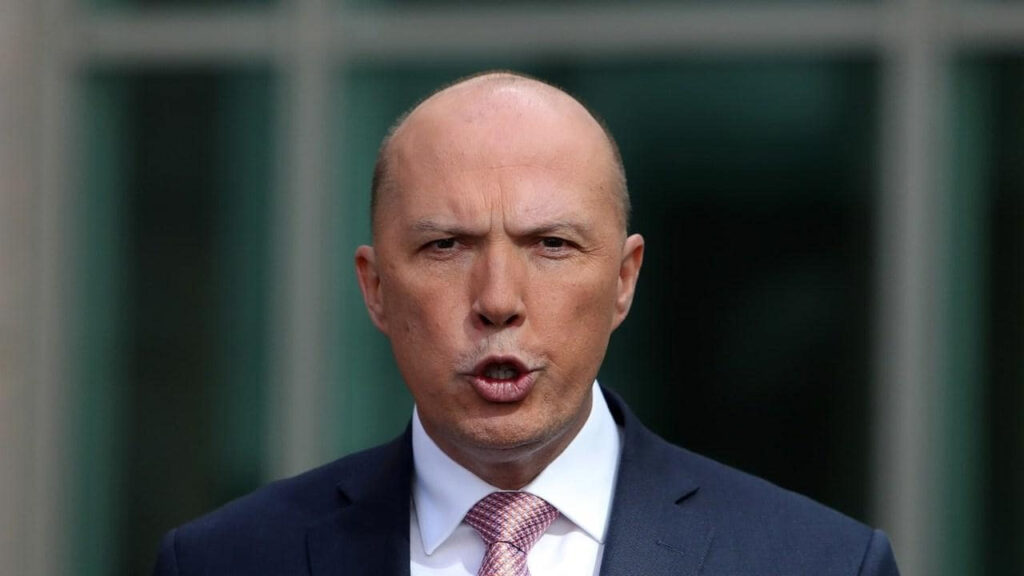 Federal Home Affairs Minister and part time pub side serving Peter Dutton has today declared that “Nobody is above the law” in response to a request by the ABC to halt an investigation into leaks about Australian war crimes. “The fact is the journalist broke the law,” explained Dutton, “and as we all know the only people allowed the break the law in this country are those who want their Au Pair’s visa application expedited.”

“Imagine what this country would be like if we all just started ignoring the law every time it inconvenienced us,” continued the minister. “No, it’s imperative we all do our best to always follow the law to the letter, even if it seems unfair to us personally.”

Asked if that meant he would finally be allowing the high court to adjudicate on whether it was illegal for Dutton to sit in Parliament, given he is widely believed to be in breach of Section 44 of the constitution due to the childcare centers he receives government payments for, Dutton said that was different. “I think you’re misunderstanding me,” explained Dutton, “I meant it’s imperative OTHER people follow the law to the letter.”

Asked whether this meant that he would then be ordering an investigation into the questionable transfer of millions of dollars to the Cayman Islands signed off on by Barnaby Joyce in exchange for water holdings owned by a company previously run by minister Angus Thompson, or whether Mathias Cormann would finally be forced to step down over his undeclared free holiday provided by Helloworld travel, a company liked to Liberal Party member Joe Hockey, or whether anyone would be held accountable for the millions of dollars handed over to the Barrier Reef fund without tender, which appears to have simply evaporated, or whether Michaelea Cash would finally be providing a witness statement to Federal Police over the highly questionable AWU raids, Dutton said that he had suddenly received an urgent phonecall, and had to go.