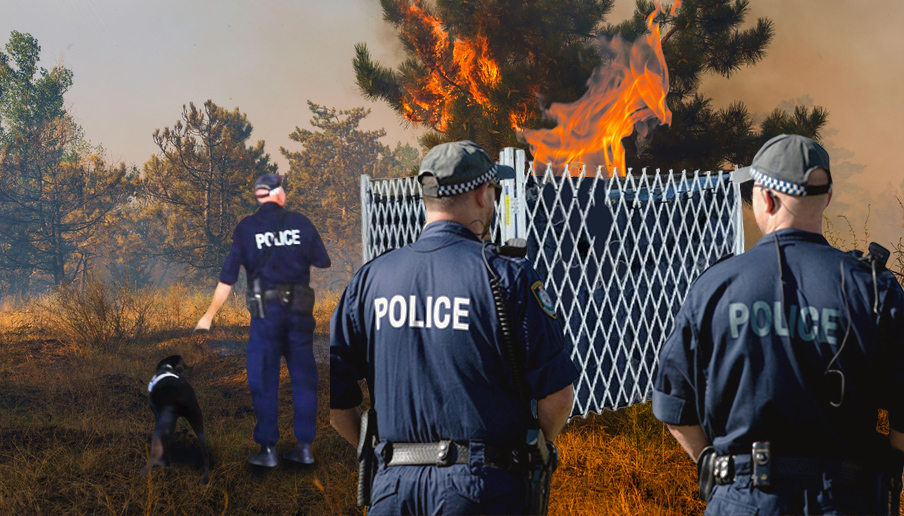 After months of hand-wringing and inaction on both bushfire safety and climate change, the NSW government has finally decided to take action in response to the unprecedented bushfires sweeping through the state.

“You know the scene in The Lion King where there’s heaps of buffalos, just absolutely hundreds of buffalos stampeding over Mufasa’s corpse? Imagine that. Except Mufasa is the bushfires and the buffalos are sniffers dogs. We are going to absolutely sniffer dog the shit out of these fires.”

These were the words from a representative for the NSW Government.

It is believed that over 200 police with sniffer dogs are being immediately dispatched to the region as we speak.

“The best way to deal with any crime,” said the government representative “whether it be drug possession, carrying a weapon, or being a 12-year old on public transport, is to force the perpetrator to take its clothes off. So that’s what we plan to do. Strip search the fires.”

We’ve also been told that strict lockout laws will be in force across the region, and that once it hits 10PM, ‘the fires will not be allowed back in’. While this tactic hardly seems appropriate, metaphorically sticking a boot in someone or something’s face is the only approach this regime seems to understand.

We’re not holding our breath that this will work, but put it this way, if they do happen to find a cheeky bag or a Green Mitsubishi near a burning tree somewhere it might actually be the only thing that gets these people to give a shit about climate change.