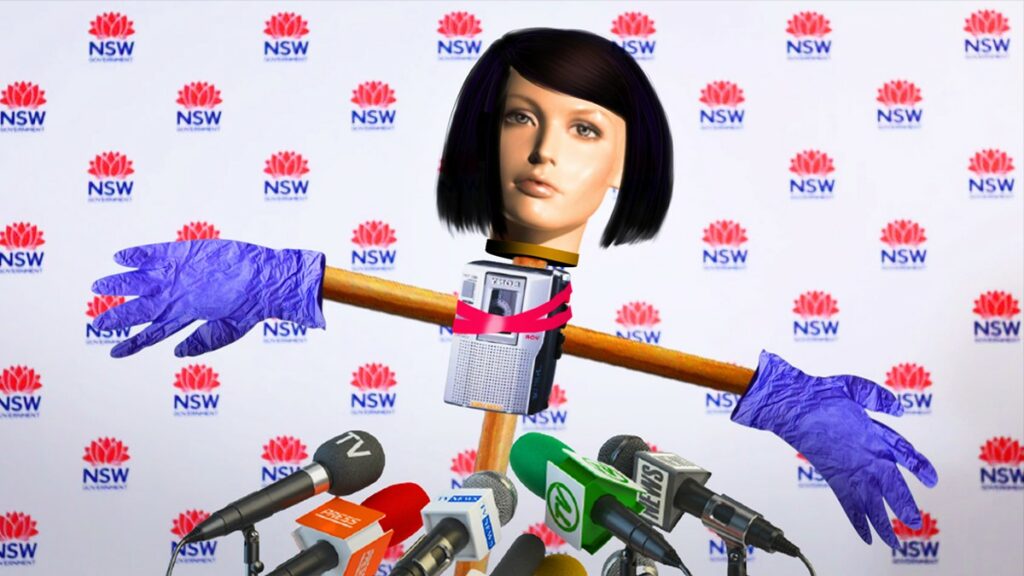 The NSW government has today announced the end to the Berejiklian Premiership, after learning that they could save millions by just replacing the Premier with a looped recording of the words “can I just say”.

“The fact is these daily conferences saying the same thing over and over are a waste of the Premier’s time, when anyone could be doing it,” explained a government representative. “And that’s why we’re pleased to introduce our new official spokesperson, Gladys Beri-stick-fill-in.”

“Equipped with a cutting edge tape loop player, this new high tech humanoid robot can do everything the Premier can, from ignoring press questions, to falling on her face at crucial moments.”

Speaking with the press, the new tape recorder strapped to an upside down mop said that it was ‘in this for the long haul’. “Please know, it’s important that I reject the premise of that question. Obviously, I cannot stress that enough. And can I just say, let me be very clear, it’s important, based on the best health advice, as I’ve been saying for some time now.”

The new replacement Premier then spent 2 hours playing a series of fuzzy songs recorded off the radio, soaring to twice the approval rating of it’s predecessor in the process.