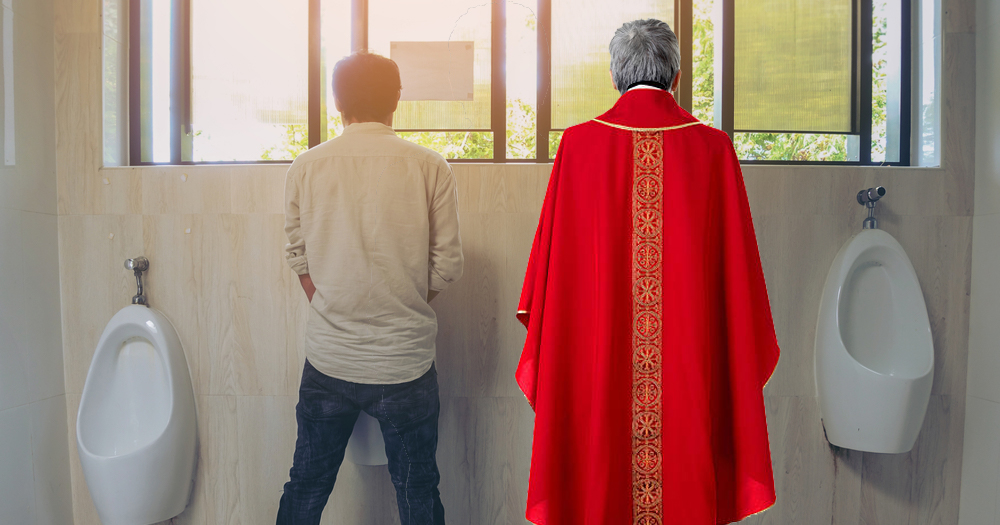 Cardinal George Pell has been conspicuously taking a long time to open his robes before having a piss in McDonald’s, a source has confirmed. Brett Bartlett reported arriving at the urinal before noticing the elderly cleric in his Eucharistic vestments next to him.

As Bartlett began to relieve himself he recounted the churchman loudly exclaiming “Thirty-nine buttons. Quite a lot! A cincture as well. Phew! There’s no way I could be doing this any quicker, no siree. I’m actually embarrassed you’re here to see just how impossible it is to do this any faster.”

Pell then reportedly turned to the 47-year-old roofer, who was at the restaurant to pick up a Family Feast box, and said “All this just to go for a piss. What was that, about ninety seconds? Probably more.”

Speaking from the car park, Bartlett said “I’m not saying he could have gone any faster. That would be for a court to decide.”