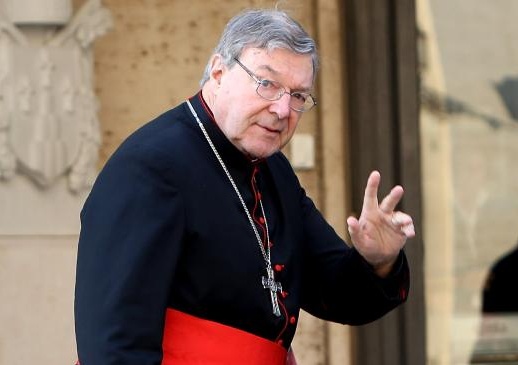 Cardinal George Pell has vowed to become vegetarian this month, telling a congregation at the vatican, “All beings are equal in God’s eyes and hence should not be consumed.”

Pell told his flock that he believed he would enjoy the vegetarian lifestyle. “When I saw how much fun vegetarians were having with all the shaming and the condescending, I grew a little jealous if I can speak candidly. Why can’t old Pell get in on all the fun?”

Pell followed that statement by chuckling to himself, winking at the audience and smugly stating “Let’s be realistic, I’ll still enjoy a chicken shnitty most days.”

Pell vowed to spread the word of Vegetarianism, alongside his Catholicism. “Whether it’s a fourteen year old know it all on Facebook or an elderly lady who has approached me for directions, I’ll challenge them with the views of both my Catholicism and my Vegetarianism. I won’t burden them having to follow through with meaningful actions, but just talk about the philosophy underpinning them, and why they should feel guilty and miserable most of the time.”

When asked if there was any point in being a vegetarian if you’re not going to stick to the rules, Pell sneered and detailed that “As long as I go and confess to another vegetarian about eating meat, I can’t see the problem.”

Meanwhile, Tony Abbott and members of the Christian Alliance Party have rallied against Pell’s newfound vegetarianism claiming his hypocritical stance is giving Catholicism a bad name.