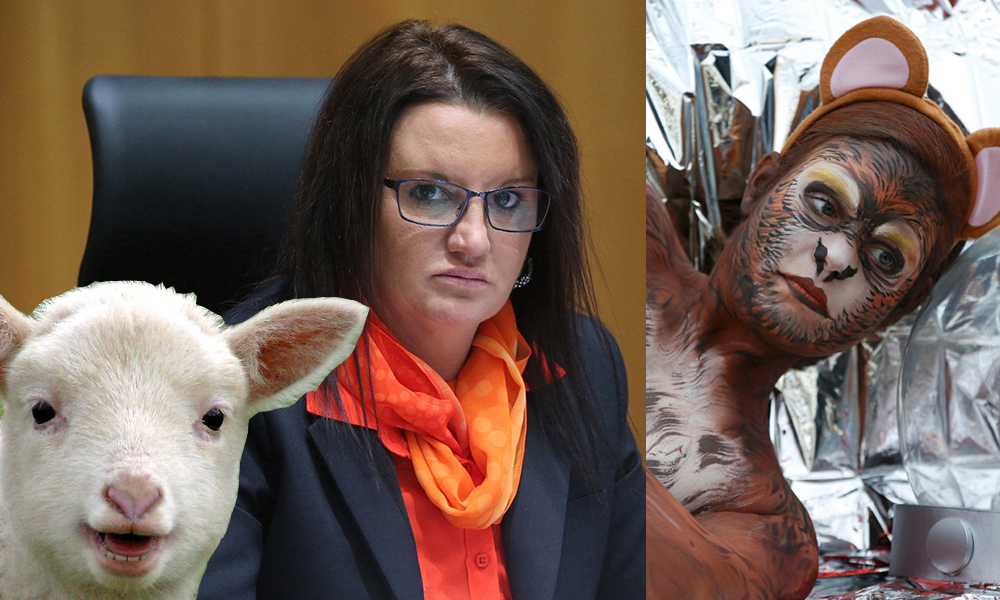 FOLLOWING their media campaign to change the name of Aussie rock group ‘Hunters and Collectors’, PETA have started another online petition – this time targeting Tasmanian Senator Jacqui Lambie. The organisation is requesting that Senator Lambie change her surname immediately to ‘discourage people from eating meat.’

“As we head into winter hundreds of thousands of sheep across the country are mercilessly slaughtered for roast dinners and we believe Senator Lambie’s last name is recklessly helping to promote this trend. The madness has to stop,” yelled PETA spokesperson Morgan Cabbage (who incidentally changed his surname from Butcher for similar reasons) into a megaphone.

“The Senator can still go on TV and shout at people like Yassmin Abdel-Magied about Sharia Law and banning the burqa all she likes, we just don’t want her promoting the brutal slaughter of innocent animals while she does it. We have no problem with her bigotry, this is a much bigger issue.”

“We were originally going to suggest she keep the Ovine theme and go with ‘Jacqui Baaa-bie’,” said Cabbage, “But phonetically that opens up a whole other can of worms, and worms belong in the ground.”

Cabbage was then asked if the petition was tongue in cheek like the Hunters and Collectors idea.

“Maybe we’re joking, maybe we’ve completely lost touch with how activism works – but it’s definitely not about being desperate for attention. Now if you’ll excuse me, I’m off to cover myself in blood and manure and stand out front of David Jones.”