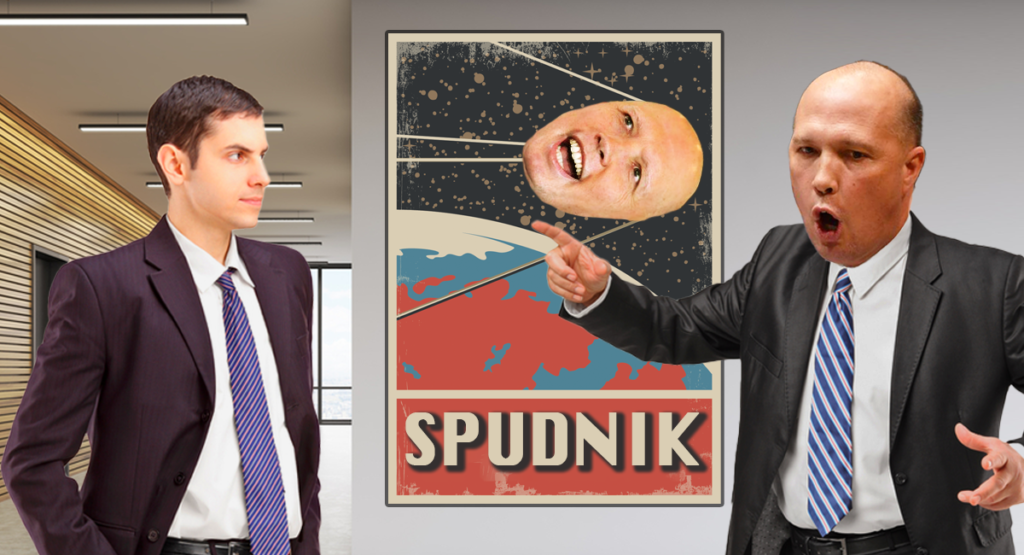 Australia’s newly founded Space Force have been forced to update their rules regarding callsigns after Minister for Intergalactic Defence Peter Dutton filed a workplace bullying complaint regarding his title ‘Spudnik’.

Dutton was furious after he Googled the famous satellite and discovered it is actually called ‘Sputnik’ not ‘Spudnik’ which led to the minister realising everyone was making fun of his potatoey head.

Following the complaint, using the term ‘Spudnik’ is now a fireable offence in the department as well as the other rejected callsigns: ‘Minister Asteroid Head’, ‘Darth Vader without the Helmet’, ‘Space Voldermort’, ‘Alien Looking Freak’, ‘The After-Photo for the Effect of the Space Vacuum on a Human’, ‘Sith Apologist’ and ‘Galactic Cunt’.

After the first day of the new workplace policies, half of Space Force has been fired.