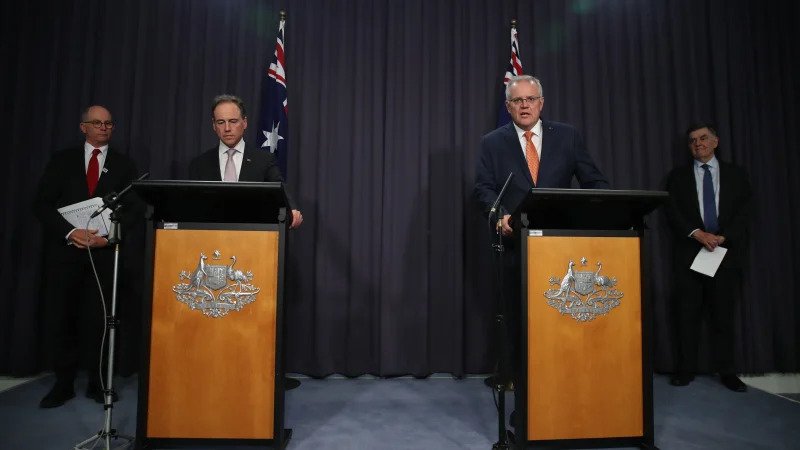 PM for everyone except women Scott Morrison has given an impromptu press conference tonight in order to announce a brand new plan for the AstraZeneca vaccine rollout. The plan will address both the government’s failure at rolling out a vaccine and failure to help women, by announcing a brand new vaccine rollout plan aimed exclusively at women!

“Women we hear you when you say the government needs to step up and help women,” said the PM after double checking the statistically insignificant risk wouldn’t be contagious to men, “so here you go. After hearing some new information about the vaccine I have decided that men can hold off and let the ladies have it. Lads I think we should be gentlemen and wait until another vaccine arrives probably in like a year or so.”

“The inspiration for this came after I was having a chat with Jenny about how crazy the 0.00017% clot rate is and she informed me that it is way, way, way, less than the pill. So as a daggy father of daughters, I finally realised why people keep saying it is ‘dangerous for women in this society’. Who knew the pill was dangerous? I mean Minister for Women Tony never told me. Anyway, I decided the government has to step in and address this unnecessary risk, to men. How great are women for accepting the risk?”