loading...
National
PM announces vaccine rollout will begin “sometime in the near… hey what’s that behind you?”
1st of your 1,000,000 free articles this month 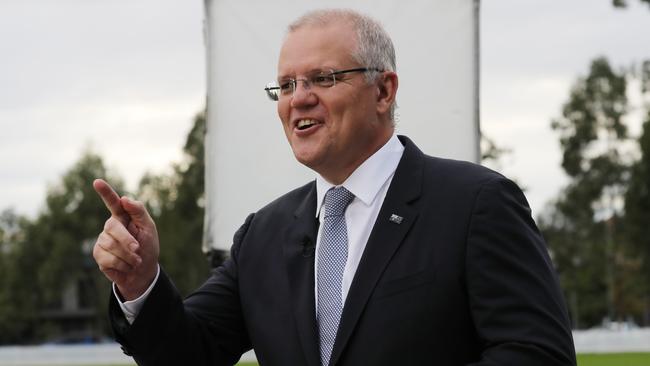 Prime Minister and amatuer illusionist Scott Morrison has addressed Australia after he making the rollout target disappear. Mr Morrison announced that the government will begin an actual rollout “sometime in the near… hey what’s that behind you?” before pointing to something behind the press pack.

“Oh it looks like it went away,” said the PM after looking to see if Chris Uhlmann was there to change the subject for him, “anyway so what were we talking about? Who knows? Anyway it’s been a bit chilly lately don’t you think? Also *sniff* can you guys smell something? God what is that?”

“Oh the vaccines, yeah that’s it. Yeah we will get started on that in Octoberish, 2021ish, ummm… Look it will get done when it’s done. Why is everyone getting so worked up about it, it’s not like it’s a life or death situation. Either way it will definitely get done sometime in the next… sometime, hey wait sorry mate you seem to have dropped your pocket. Also has anyone seen my glasses? I swear I had them around here somewhere, oh they’re on my head? Silly me.”

“Oh would you look at that we are almost out of time, gosh darn it. And we were having such a productive chat to. Just before I go I have one more thing to show you.” He said before doing that trick where you make it look like you are holding one of your thumbs in the other hand, as he backed away slowly from the press pack.