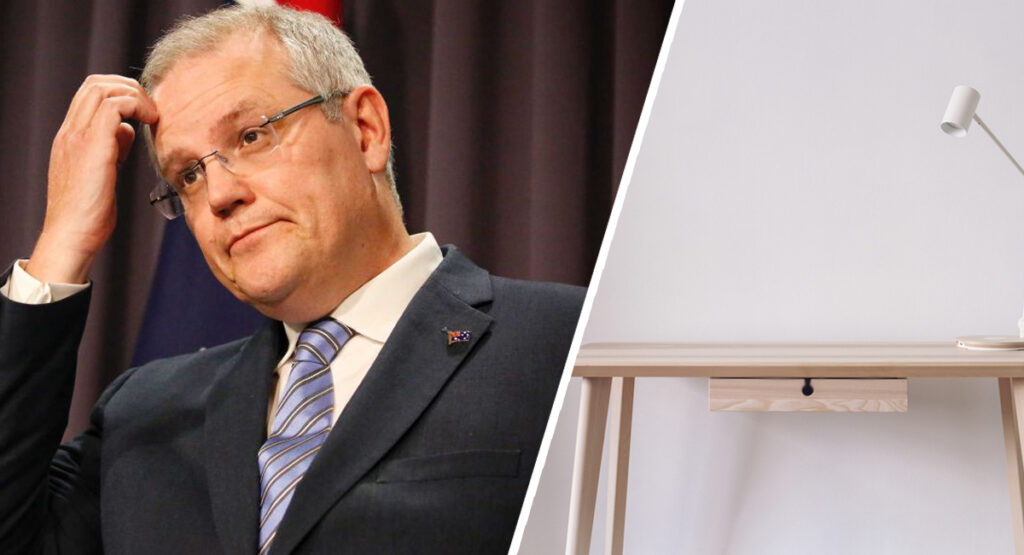 Prime Minister Scott Morrison has responded to criticism he hasn’t made a single change to workplace rules after the rape, and subsequent cover-up, of former staffer Brittany Higgins. The PM’s office denied that they are not taking the matter seriously claiming that it has been difficult to table new policies due to the tables being covered in semen.

“We want to table new policies but, trust me, there aren’t many tables you’d want to touch around here,” he said. “Parliament is always extremely busy, hell we can’t even seem to use the prayer room for a meeting to organise this. There are always politicians screaming out to God in there.”

“We simply need more time,” claimed a representative for the PM’s office after waiting 2 years for the media to find out before bothering to investigate the matter. “Adding in a rule against raping people in your bosses office then having your boss and other ministers cover it up — that is something that takes time.”

“We are doing everything we can to do it as fast as possible in a way to help the real victims here, which are the Ministers being criticised for hiding evidence from the police.”

Meanwhile, Scott Morrison has weighed in on the issue, claiming that workplace policies in Parliament House is an issue for State Governments to deal with.