loading...
National
PM “deeply concerned” by seas catching fire – “it could cost billionaires lots of money”
1st of your 1,000,000 free articles this month 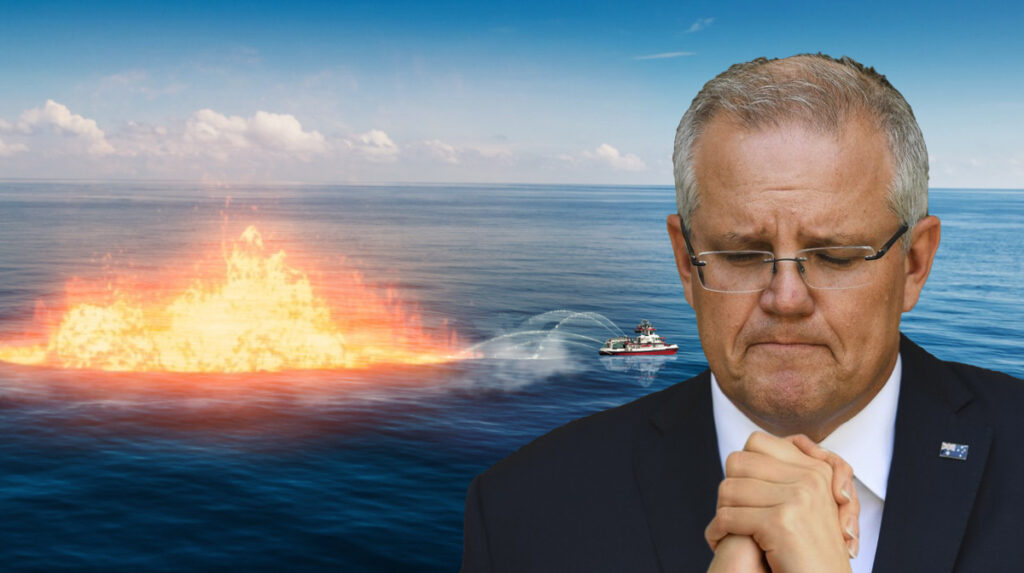 Prime Minister Scott Morrison has called for immediate action following an ocean fire in the gulf of Mexico, which many have described as “a pretty massive fucking hint from the universe.”

The Prime Minister said he found the footage ‘clearly alarming’, and that something must be done amount of fossil fuels being needlessly wasted when they could be making Gina Rineheart richer.

“The events over the weekend have been tragic,” said the PM in his most sincere and emotional speech to date, “it is clear that things must change and leaders must step forward to help those in need. Whatever it takes, I’ll be out there fighting this fire side by side with everyone. I’ll even hold a hose. This was a serious issue and will be treated accordingly, just think about all the yachts, jets and political power that could have been bought with all that lost money. This is easily the worst fires I have ever witnessed.”

The government has since started a fundraiser for the billionaires whose income was affected by the fire, and members of the public are asked to give generously to the worthy cause.