National
PM fucks up so badly he can’t even handle a David Speers interview
August 22, 2021 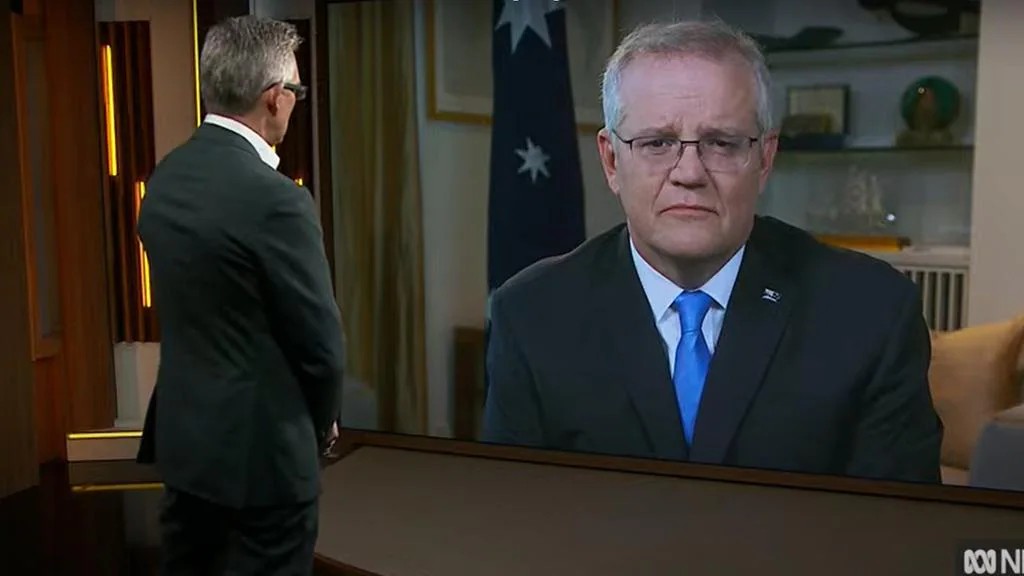 Prime Minister Scott Morrison has come under fire today after his consistent fuck-ups reached a level that he even managed to fuck up an interview with former Sky News presenter David Speers on Insiders. The PM went on Insiders after a recent spree of fucking up on morning shows and shock jock radio shows, however things all fell apart for the PM when Speers asked ‘what have you been up to lately’.

The interview which focused on the botched vaccine rollout and the botched withdrawal from Afghanistan was filled with Speers’ trademark soft-ball questions like ‘do you think the Taliban will become good guys?’, ‘will you work to get all our refugees and citizens out of Afghanistan?’, ‘Should we concede that kids can get Covid?’ and ‘Do you concede that Australia could have purchased more vaccines’; still somehow managed to end with the PM messing up and completely embarrassing himself.

“Look I cannot commit to getting people out of Afghanistan,” said the PM trying to put spin on questions from a show about spinning things, “we will get as many out as we get out. That is the number. No one can guarantee an evacuation plan besides the other world leaders who did that. We have to be realistic about how much me and Peter don’t care about the refugees.”

“Look I think we are being a bit judgemental of the Taliban, 20 years ago we went there to lie about Osama being there. For 20 years we brought peace to Afghanistan successfully, but disgustingly some countries historically gave the Taliban resources and training. I won’t name those countries but it probably wasn’t us and the US. Sure in hindsight maybe thinking the Taliban would just give up if we pulled troops and wasn’t the best plan, but for all we know they could be telling the truth about wanting to bring equality to the region.”

When discussing whether excluding people under 16 in our Covid response plans is smart, Australia’s wannabe daggy dad said, “Look we have need to just open up the schools again, regardless of whether it’s devastating schools in Canberra. Remember, kids can’t vote. What if we just let them get Covid? We don’t have enough vaccines to give it to non-private school kids, not before the next election anyway. Plus Speersy I don’t accept that we could have ordered more vaccines. That is a silly thing to say. We’ve got easily enough to cover Liberal electorates.”