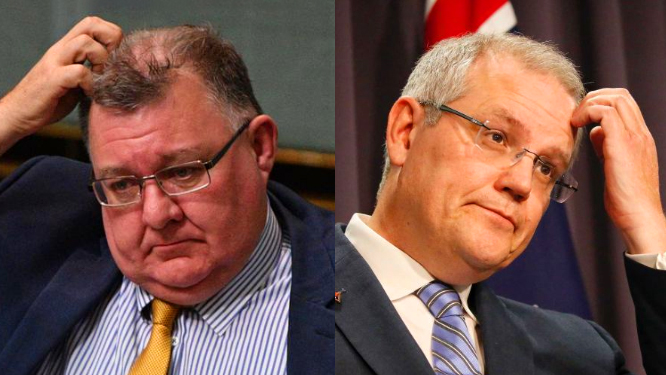 Prime Minister and professional responsibility dodger Scott Morrison has today slammed Facebook during a call to action against the rampant and dangerous misinformation that is spread on the website, especially from one user @CraigKellyMP. Mr Morrison has called out the social media giant for not reigning in such a deranged and stupid pathological liar saying, “What Facebook needs to understand is giving a man like that any sort of influence is a danger to us all.”

“How can anyone stand idly by and allow someone like that to have influence while they push dangerous conspiracy theories that ignore science?” said the PM who refuses to accept climate change is real. “To all Australians at home, please do not go to Craig Kelly’s Facebook for your information as he clearly doesn’t care about the safety and wellbeing of Australians. I just wish there was some way I could put a stop to this madness.”

“Facebook needs to stand up to people like that for the sake of the nation. If they were to ban people trolls like Craig Kelly. People like him should not be on Facebook, that kind of illogical and dangerous thinking should be reserved for our party room meetings.”