National
PM who can’t tell the difference between Taiwan and Hong Kong ready to take on China
May 7, 2021 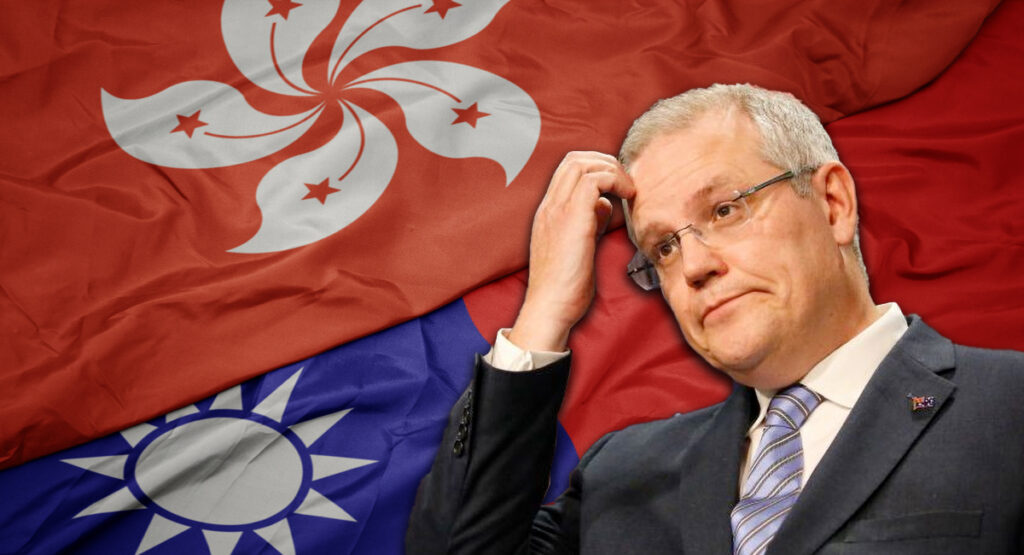 Prime Minister Scott Morrison has once again shown his expertise in international politics by describing the ‘one nation two systems’ governing in Hong Kong while trying to describe the relationship between the Chinese government and Taiwan, and accidentally endorsing the Chinese government in the process. This before declaring that Australia is ready to go to war with China.

“We can not stand by and just watch the Chinese government act so inhumanely” claimed the PM who endorsed their actions in Taiwan and blocked a motion to refer to the killing of Uighurs a genocide, “someone needs to take these guys down. They are locking up people of colour, intimidating journalists, defunding media, trying to remove anonymity online and constantly picking fights with other countries. More importantly their planned transition to green energy is a major threat to Gina’s bank account. That’s why we must be ready to go to war.”

“People keep claiming Australia is not ready to declare war with China but they clearly have no clue. What they need to do is look at is what’s happening in Taiwan! Se Taiwan used to be British, but then China wanted it back and England handed it over. We think they should have gone to war over it. I mean from our research of documentaries, the Chinese army is like a few hundred people led by Matt Damon. It would be easy.”

“Sun Tzu said in the Art of War ‘If you know the enemy and know yourself, you need not fear the result of a hundred battles’. I bet the Chinese don’t even know what that book is, they are so unprepared for a war. I haven’t read it either but since we are about to go to war, I have learned enough about them to know they probably haven’t. See I know all their secrets like they were members of my own cabinet.” Update: Prime Minister’s Office has since denied that the PM ever said that he has knowledge of his cabinet’s actions.”