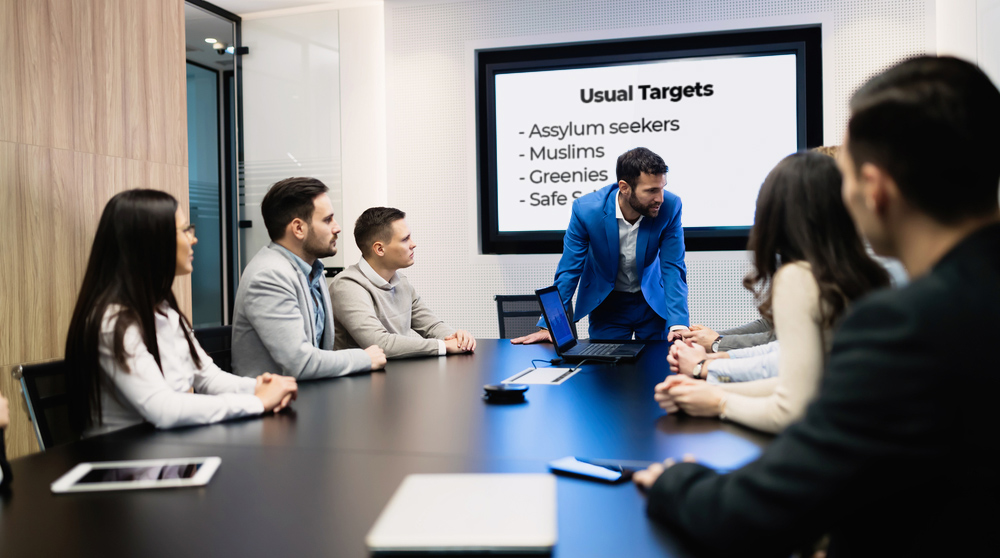 Prime Minister Scott Morrison’s media advisers have called an emergency meeting this afternoon in response to the bushfires across the country, with the group hoping to brainstorm new ways to deflect blame onto anyone who isn’t in government.

Holed up in an office in the Parliamentary Triangle in Canberra, safely hundreds of kilometres from any real danger, Chief Media Adviser and veteran of the Dark Arts Tomothy Rogers has drawn up a list of several marginalised social outgroups and anti-PC culture-wars scapegoats who might also be suitable targets for vilification.

The list includes ‘Safe Schools gender whisperers’, newly married gay couples and Muslims, although the unemployed, trade union members, ‘recent migrants (except UK)’ and Chinese property investors also rate a mention. The Prime Minister was reported to be furious after the previously agreed-upon strategy to ‘blame the Greens’ didn’t yield the results the government had hoped for.

As the unprecedented fires look set to continue for at least another 24-hour news cycle, it’s uncertain how much longer the current government or the brainstorming session will need to continue.