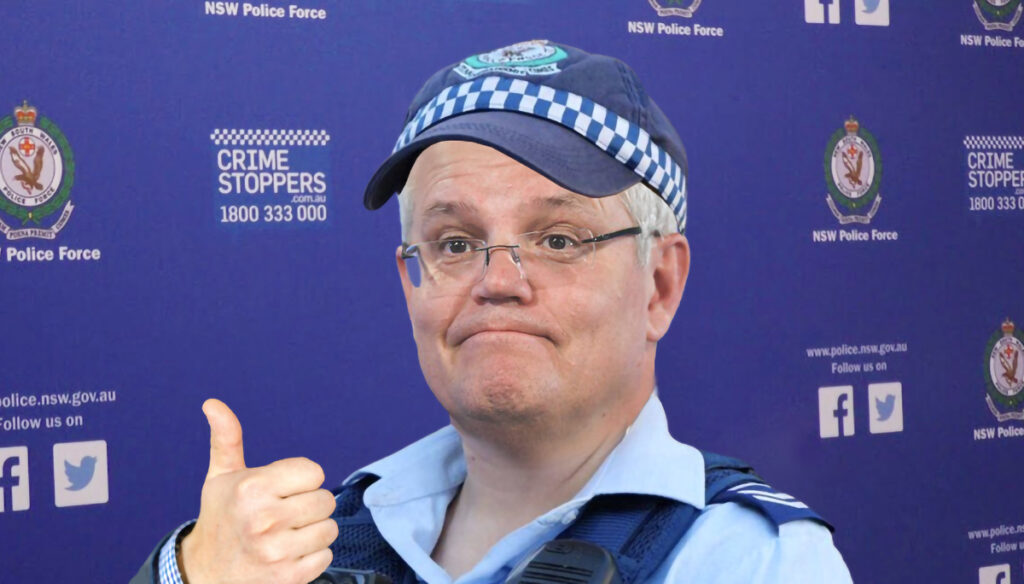 Police trained at the Morrison institute for crime investigation have today solved every crime in Australia after asking the perpetrators if they did it, and then just letting them go if they say ‘no’. “Shockingly it turns out 100% of criminals in our murder investigations were wrongly accused,” explained one officer. “Even the ones where there was overwhelming evidence turned out to be innocent. It’s really changed our perspective on things.”

The new investigative technique, devised by Prime Minister Scott Morrison when investigating staff members, is expected to save law enforcement billions of dollars over the next ten years. “Finally we can allocate money to where it’s really needed,” explained one officer. “Like strip searching random teenagers on public transport. Because nothing makes people feel safer walking down the street than the threat that a bunch of adults might force teenagers to take their pants off. Round of applause for the boys in blue.”

However, the police commissioner has since been forced to intervene in the situation, stating that releasing people just because they say they’re innocent is unacceptable. “The fact is we’ve looked into this and we’ve discovered many of the people we were about to let go were actually black,” explained the commissioner. “As a result we have launched a new round of investigations to ensure these people aren’t at risk of committing other serious crimes in the future, such as walking down the street, sleeping peacefully in bed, or walking their dog in a public park. These are the kinds of things we as police simply won’t stand for. Unless they’re a member of federal cabinet, in which case, carry on.”